Awareness and Acceptance in Trading 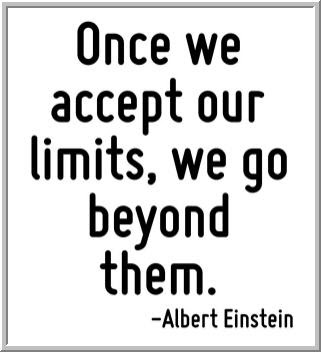 I had two interesting experiences recently.  The first occurred on Friday morning.  The stock market was short-term oversold and displaying early signs of strength before the NY open.  Prior to the decline, we had been seeing unusually low volume and volatility.  I had a string of losing trades during that period.  Each time I recognized the poor environment for what it was and limited my losses.  That awareness, I’ve found, has been essential in managing risk and maintaining a sound trading psychology.  It was not a great environment for my trading, and that accepting that allowed me to take the losses with equanimity.  Once the market showed strength on Friday, my research suggested the possibility of a short-covering rally.  I bought several positions early on and then other research kicked in shortly after the open suggesting that we could see a trend day.  Now the awareness was of a positive opportunity set.  I added to the positions and the resulting gains more than erased the prior losses.  It was awareness and acceptance of the environment–and the rapid updating of these–that allowed for good decision making.

The second conversation was with a trader who insisted that his goal for trading was to maintain a consistent high level of calm and confidence.  He wanted to be positive in his outlook (and aggressive in his risk-taking) no matter what was occurring in his trading and in markets.  I explained to him that feelings of doubt and uncertainty can represent information and are not necessarily things to brush aside.  My recent market experience was a case in point.  It was the loss of “conviction” that helped me limit losses and stand aside until opportunity presented itself.  Open-mindedness was the key from my perspective, not optimism.  The trader was surprised by what I had to say.  He had not considered that a state of doubt and uncertainty could be a wonderful guide for actions (and inaction!) in markets.

Awareness of the environment we’re in and acceptance of the opportunity sets in front of us is essential to making sound trading decisions.  It’s when our needs for profits and our desire for risk-taking drive our decision-making that we lose self-awareness, lose market awareness, and overtrade.  If markets were perfectly consistent, it would make sense for us to pursue a totally consistent mindset.  When opportunity sets vary over time, it makes sense for us to accept reality and adjust accordingly.  The weather might look overcast and windy, with a forecast for rain.  Staying “positive” and leaving the umbrella at home is no virtue.