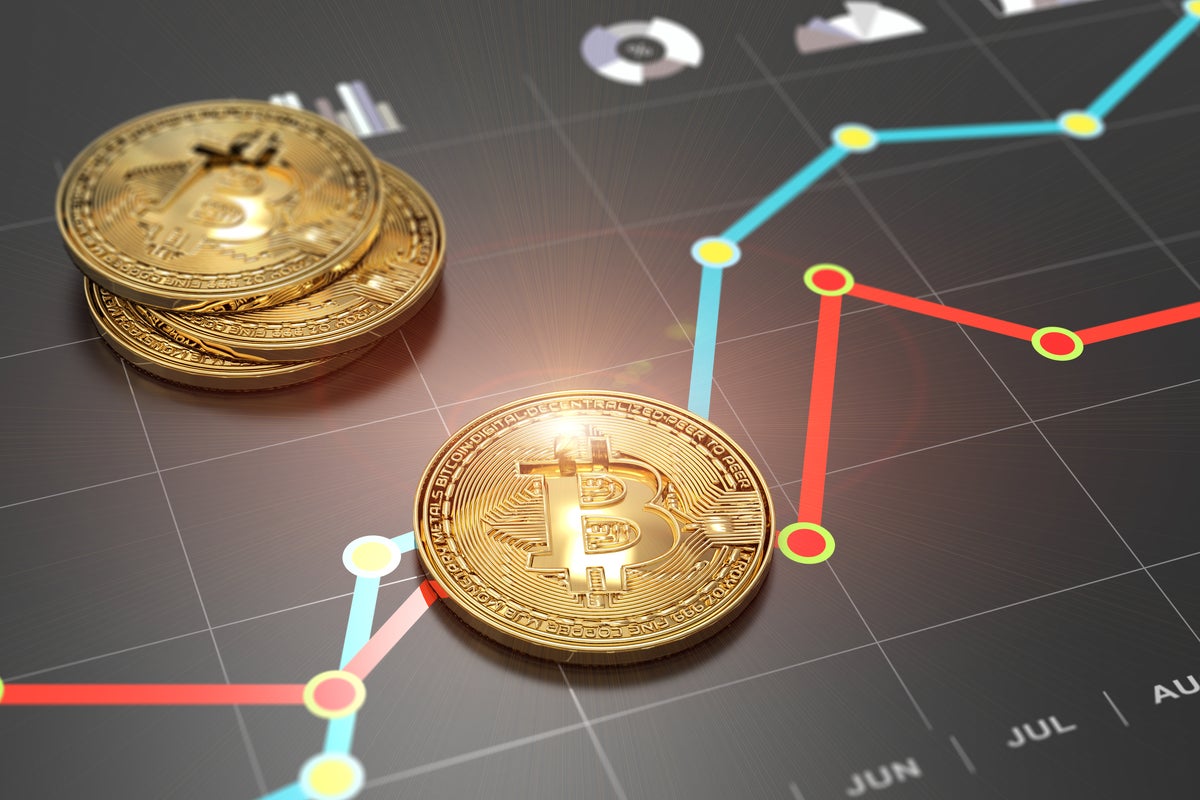 Why It Matters: Bitcoin and Ethereum traded in the green at press time, even as S&P500 and Nasdaq futures were down 0.2% and 0.3%, respectively, at press time.

On Friday, U.S. Labor Department data indicated that nonfarm payrolls for July grew by 528,000, against an expectation of a 250,000 rise, Reuters reported.

As a result, expectations arose that the U.S. Federal Reserve will maintain its hawkish course, and 10-year Treasury notes shot up 11.2 basis points to 2.788%.

“If we were still in a crypto winter, Bitcoin’s typical reaction would have delivered a steeper drop than what happened with U.S. stocks,” wrote Moya, in a note seen by Benzinga.

Moya’s colleague at OANDA, Craig Erlam, said that Bitcoin continues to trade near the $23,000 mark, with a “break above $25,000 now the next big test to the upside.”

Chartist Ali Martinez said he is watching out for two critical areas of support for the apex coin: $22,560 and the other, the coin’s relative strength index on the daily chart at 51. If both are lost, the analyst expects Bitcoin to drop to $21,400.

Going forward into a fresh trading week, investor sentiment continues to be dominated by “Fear,” according to Alternative.me’s “Crypto Fear & Greed Index.” Last week, the index was at 33, while at press time, it had a value of 30. A value of 0 on the index represents “Extreme Fear,” while 100 reflects “Extreme Greed.”

Long-term holders of Bitcoin are continuing to spend coins at a net loss, which ranges from -11% and -61% on average, said Glassnode, in a weekly blog post.

“The recent rally has given allowed Long-Term Holders an opportunity to exit a fraction of their holdings at their cost basis, at prices which essentially ‘get their money back’,” said Glassnode.

The on-chain analysis firm said over the last three weeks, the aggregated behavior of long-term holders has changed from accumulating at a rate of 79,000 BTC/month to distributing up to -47,000 BTC/month.

Behaviorally, words like “moon” and “Lambo” are used in a sarcastic fashion by investors during a slide, but they often mark moments when Bitcoin is about to rise, said on-chain and financial analysis platform Santiment on Twitter.

During the #crypto slide in 2022, the crowd has been calling for #moon and #lambo in a sarcastic fashion whenever prices drop again. However, the true irony is that spikes in these words are actually often marking moments when $BTC is about to rise. https://t.co/uaAdc7uMAO pic.twitter.com/RGh3cAAl6a