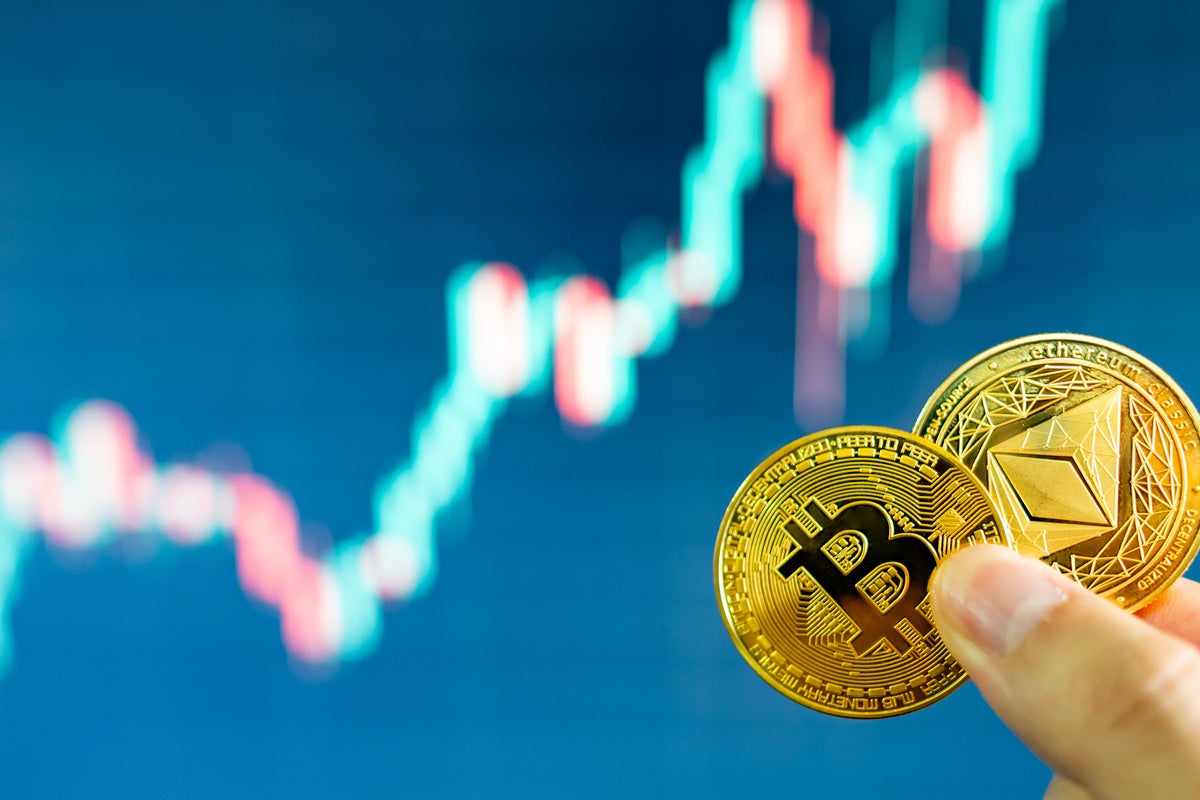 Bitcoin and Ethereum traded in the green on Tuesday evening as the global cryptocurrency market cap fell 0.8% to $974.3 billion at press time.

Cryptocurrency investors are also on tenterhooks regarding the ongoing U.S. Federal Reserve‘s Open Market Committee meeting, where an interest rate hike is expected.

Foreign exchange trader Miad Kasravi tweeted that the Bitcoin mean reverts each time there is an FOMC meeting. The price action for the apex coin tends to reverse leading up to the meeting, according to the charts shared by the trader.

Does FOMC matter to BTC?

You tell me, below are all post meeting price action for 2022.

Next FOMC meeting is tomorrow pic.twitter.com/IusJfnBM21

All the info can be found here:https://t.co/IjEwuqN4G3

On-chain data company Glassnode tweeted that small investors, or shrimps, with less than 1 BTC holding have increased their holdings of circulating Bitcoin supply from 5.2% to over 6% since Terra Classic (LUNC) collapsed.

#Bitcoin Shrimp cohort with < 1 BTC have increased their relative holdings of the circulating $BTC supply from 5.2%, to over 6.0% since the LUNA collapse.

This is equivalent to 156k $BTC added to Shrimp on-chain balances in aggregate. pic.twitter.com/MNHTWIQtbe

Going forward, investors will focus on earnings from Apple Inc AAPL and Amazon.com, Inc AMZN, which will be released on Thursday. Also due Thursday is the second-quarter U.S. GDP data.

“If earnings and U.S. GDP are worse than expected, we could see increased fear in the market as recession concerns strengthen, wrote GlobalBlock analyst Marcus Sotiriou in a note, seen by Benzinga.

Read Next: If You Invested $100 Each In Bitcoin, Ethereum Last Time The Fed Hiked Rates, Here’s How Much You’d Have Now