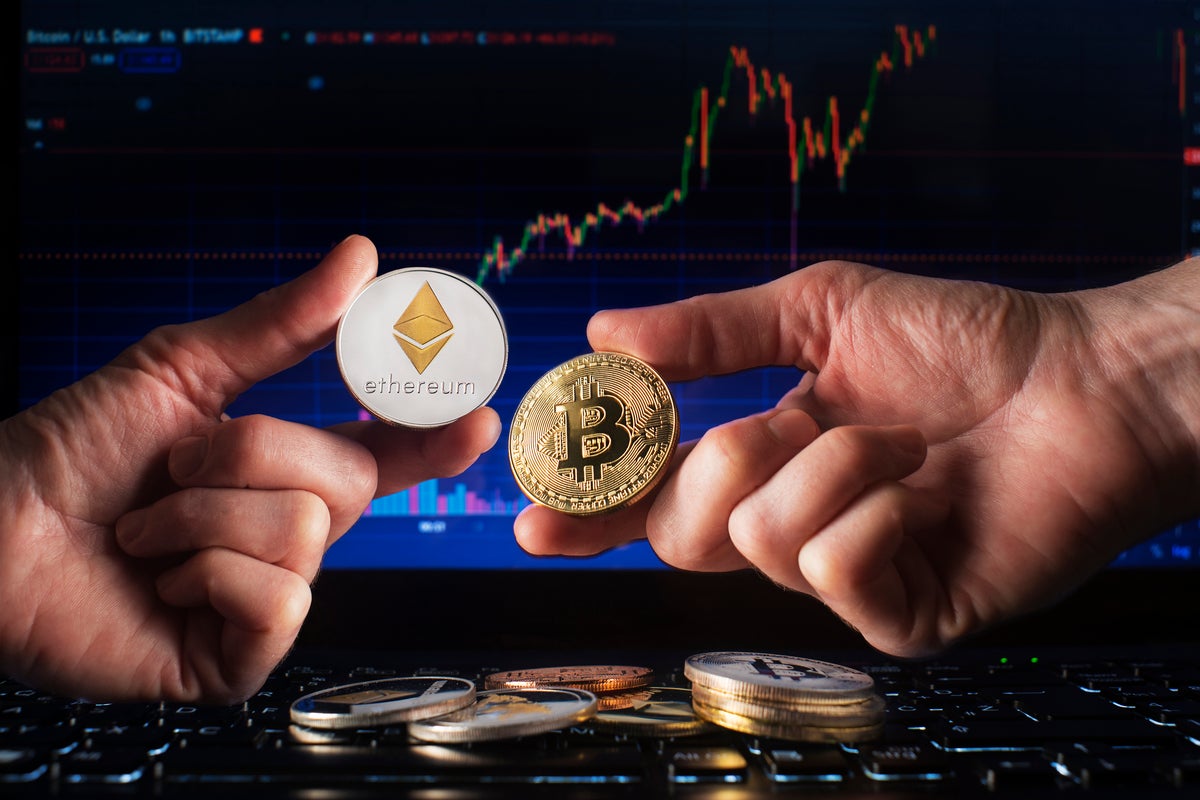 Why It Matters: The second-largest cryptocurrency by market cap crossed the $1,800 level for the first time in two months on Monday. On an intraday basis, Ethereum was up 4.6%, while Bitcoin rose 2.45%.

Traders appear to be betting big with call options on Ethereum’s move to a proof-of-stake model, said on-chain analytics firm Glassnode on Twitter.

This appears to be a result of traders betting big with call options the Merge scheduled for mid-September.

Ethereum is powered by a “steadily rising rate of unique addresses interacting” on its network, according to Santiment.

#Ethereum has jumped above $1,800 for the first time in two months today. Powered by a steadily rising rate of unique addresses interacting on the $ETH network, continued recovery will depend on $BTC staying relatively stable, & mitigated trader #FOMO. https://t.co/3AA9doInbT pic.twitter.com/wskAzs4UBD

The market intelligence platform tweeted that ETH’s continued recovery will depend on Bitcoin staying relatively stable and mitigated trader FOMO.

Cryptocurrencies and stocks were aligned upwards at press time as investors await U.S. consumer price index data, set to be released on Wednesday.

“This week is all about inflation and many traders are expecting to see the inflation decelerate. Headline inflation is widely expected to decrease on a month-over-month basis. The focus will probably fall on core and those prices will remain elevated,” said Edward Moya, a senior market analyst at OANDA, in a note seen by Benzinga.

Bitcoin traders are on the lookout to see if the crypto winter has ended. Moya said, “The return of some meme stock mania is taking away some attention from cryptos, but that might not matter.  The selling pressure has significantly eased and momentum traders could pounce on the break of the $25,000 level.”

Global liquidity growth is currently on the downtrend of the cycle, said Delphi Digital in a note. This is leading to less exuberant institutional investors in the cryptocurrency segment.

“The explosion in liquidity in the aftermath of COVID also led to a sharp rise in institutional inflows. Given today’s challenging macro backdrop, and the subsequent contraction in global liquidity, it’s no surprise institutional interest is a lot quieter now than it was 12 months prior,” said the independent research boutique.

Even so, cryptocurrencies are slowly beginning to see pockets of upwards movement. Michaël van de Poppe noted that while the apex coin faces resistance at the $24,300 mark, it could be headed to the $28,000 level if it clears it.

Avalanche (AVX) is accelerating and already nearing $30, according to the cryptocurrency trader.

Markets are slowly heating up as #altcoins are breaking left and right.

Justin Bennett said on Twitter that it was strange that Bitcoin cleared the $23,810 level on Aug.6, 2021, and it was about to do it again on Monday.

A little strange that #Bitcoin reclaimed this level on August 6, 2021.

This will either start an insane relief rally or a massive fakeout.

This week’s inflation data will have something to say about it. https://t.co/CvvlsigaIg pic.twitter.com/ABS7WGWLbt

“This will either start an insane relief rally or a massive fakeout. This week’s inflation data will have something to say about it,” said the trader.

Read Next: Bitcoin Breaks Bullishly From This Pattern: Here’s What To Watch Next For The Crypto