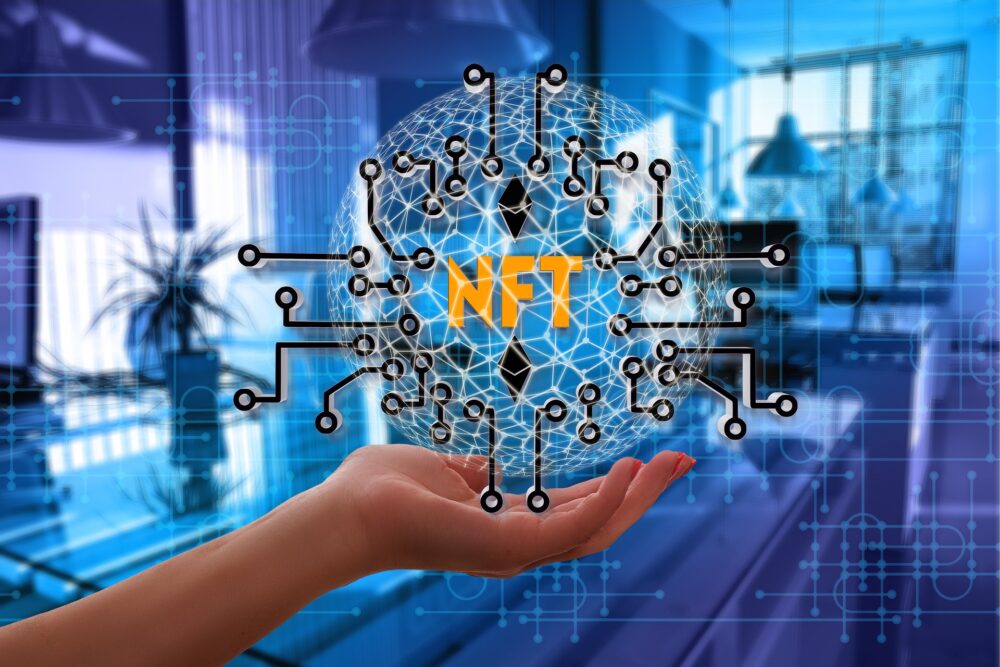 Doing what, you say.

Why, opening an NFT art gallery in the metaverse – of course. In addition, physical galleries are beginning to display NFTs in their showrooms.

Steve Sachs, of Bitforms Gallery, has been selling media art for 20 years. He tells Artsy that the sudden rise of NFTs has “opened up the market to millions of people who now look at a digital piece of art as legitimate.”

That said, Artsy sees traditional art collectors and NFT collectors as distinct. A survey of its gallery partners revealed that 67 percent said clients had not broached the subject of NFTs. In addition, only 10 percent of the 873 respondents sold an NFT in the past year.

NFT art sales in traditional galleries may only be just beginning. Sales worldwide increased 10-fold between 2020 and 2021, according to research firm Statista.

How Artists Earn From NFTs

Artists earn money with NFTs by digitalizing their work on the blockchain. This process is called minting. Through minting, the artist creates a contract that can include royalties. As a result, the artist is paid a percentage of each sale and resale. Think an annuity only with more flair and no contract fees.

Entry by an artist into traditional brick-and-mortar galleries is difficult. Art history is littered with stories of long-dead artists, unappreciated in their times, whose work now selling for millions.

Everyone knows of Vincent Van Gogh’s failed efforts to sell his work. He ultimately shot himself in a wheat field he had painted. The impressionists were originally shut out of galleries in Paris forcing them to mount their own exhibitions.

Today NFTs are allowing artists to bypass critics and the art establishment.  An artist can create NFTs in the metaverse that are accessible to anyone online.

“All the issues of accessibility in the art world stem from a lack of transparency,” says Joseph Kennedy, of NFT gallery Institut. “And it creates a very inequitable marketplace for artists, and sometimes for collectors.”

NFTs throw open the doors to an all-new art world. They allow easy access to art and give artists a chance to reach an audience they might otherwise have been denied.

“Crypto has created opportunities that extend to everyone, not just the privileged. Credentialism is beginning to fade,” crypto and NFT trader Daniela Ciocca told Forbes. “An artist doesn’t have to be represented by the next Leo Castelli to have a successful career. And the buyer doesn’t have to be a millionaire to build an art collection.”

Artsy’s survey showed that few than five percent of galleries surveyed sold more than $250,000 in NFTs last year. Just over half the galleries reported selling under $5,000 in NFTs.

Over the past year, physical NFT galleries have begun to open in major cities. SuperRare, Superchief Gallery NFT, Bright Moments, and Quantum Art have all opened physical galleries.

SuperRare opened its physical gallery in Manhatten in May as a test market experiment.

“We wanted to gauge the interest in this and see what it could look like to keep it open, or potentially expand to other cities in the future,” Jonathan Perkins told The Art Newspaper. Perkins is co-founder of SuperRare Labs.

With God on Their Side

Those who have preached the value of NFTs have reached a higher audience.

About the time SuperRare was opening its gallery in New York, the Vatican announced plans to begin offering some of its art on NFTs. In addition, virtual reality and augmented reality features will be added to enhance the viewings.

With the rise of NFTs, the idea of art for the people has never been more alive. In addition, artists may finally prosper in their own time.

Investing in Art and Antiques for Fun and Profit

Will Bitcoin’s Rebound to Previous Highs?

Come back to what you love! Dollardig.com is the most reliable cash-back site on the web. Just sign up, click, shop and get full cashback!