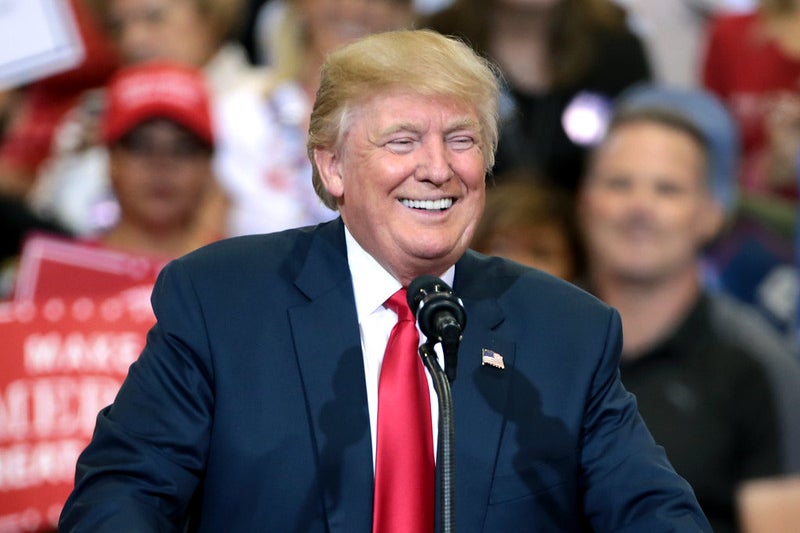 Former President Donald Trump has not officially announced his entry into the 2024 Presidential Election race. If Trump decides to run, he could be considered the favorite based on the results of the recent straw poll and odds from betting sites.

What Happened: The recent results of the CPAC (Conservative Political Action Conference) straw poll show Trump receiving 69% of the vote from around 1,000 attendees. This beat Florida Governor Ron DeSantis, who received 24% of the vote. Texas Senator Ted Cruz also received 2% of the vote, with all other candidates receiving 1% or less of the vote.

Trump received an approval rating of 99% in the straw poll.

Another poll that asked attendees who would be the candidate of choice without Trump running saw DeSantis get 65% of the vote, followed by Donald Trump Jr at 8%, Cruz at 6% and former Secretary of State Mike Pompeo receiving 5% of the vote.

Related Link: Donald Trump’s Thoughts And Opinions Will Soon Be Available To More People: How Android Users Can Get Truth Social

Why It’s Important: The CPAC straw poll is often used an indicator of where GOP voters stand. The poll shows Trump is still in the lead despite many pointing to DeSantis, who has received vocal support from the likes of Tesla Inc TSLA CEO Elon Musk, as a strong contender against Trump and in the overall election.

The results of the straw poll also fall in line with what betting odds are saying about the 2024 presidential election. Current President Joe Biden has seen his approval rating drop due to many factors including inflation, the economy and age.

In June, Trump was the favorite on the site at +240, followed by Biden at +500 and DeSantis at +550. The new odds show that Biden betting has dropped, and bettors are expecting a close race between Trump and DeSantis.

Betting exchange company PredictIt, which offers a $1.00 payout for the winners of certain outcomes, lists the candidates as follows:

Since Benzinga last shared the PredictIt odds, Trump and DeSantis remain the same and Biden went from 22 cents to 20 cents. Harris also declined from 9 cents to 7 cents.

News of Trump rumored to be exploring a presidential run comes as his media company Trump Media & Technology Group is in the process of going public via SPAC merger with Digital World Acquisition Corporation DWAC.

The company has provisions in place that show Trump will still be an owner in the company even if he runs for public office or is convicted of a felony criminal offense.