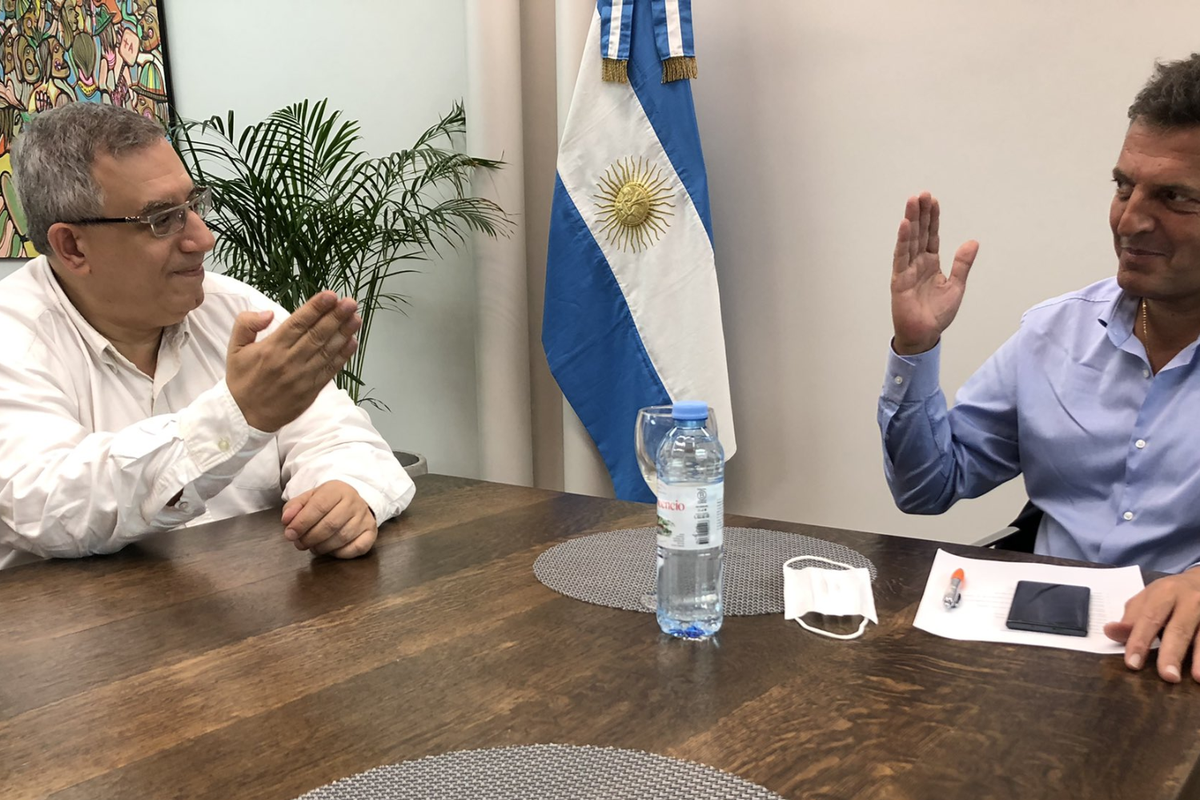 Sergio Massa has assumed a central role in the management of the executive power in Argentina, taking control of three central ministries — Economy, Productive Development and Agriculture — for the country.

Benzinga got in touch with Carlos Maslatón, a technical analyst, attorney and international political expert, so he could share how he sees the markets in Argentina at this time and the implications of the political moment that the South American country is going through.

“Argentina’s bottom was reached in October 2021; after that we experienced a bullish trend until May 2022, followed by three bear months of corrections. Now we are on the green for seven days in a row,” said Maslatón.

Massa is the third minister to be in charge of the economy ministry in less than 30 days. The country’s peso experienced a slight recovery along with the rumors prior to the official announcement of Massa’s new role. It almost seemed that the markets were pricing that information in.

Nevertheless, Maslatón disagrees with that view.

“This bullish trend is the one that Massa finds in, it’s not a matter of how they — the markets — see Massa, but how he is incorporated into an existing bullish trend.”

What’s Going On with the USD/Peso

.@alferdez President, I warned you 3 weeks ago, in this zone the USD/ARS exchange does not have any resistance. We go straight to 211 and then to 355 and 535 pesos per USD and more. Your price repression policy is a very bad idea. It will be worse later. pic.twitter.com/nQM9V9vpjX

At the time of this writing, the unregulated USD/Peso is trading at $314.

“I see an Argentinean bull market, I’m bullish on real estate, levels of activity and consumption, also on ARG stocks,” Maslatón continued. “It is remarkable that with the inflationary rise of the last four months, the activity did not decline, we are doing very well.”

If the market does not update the salaries, they will go up by executive order, the old Argentine mechanism to give general salary increases as in the 1970s. This won’t generate unemployment, the market is ready to support a salary increase to update the values with international prices.

The new roles granted to Massa put him under the spotlight.

“If he implements the right policies, which include the liberation of all the market agents and the exchange market,” said Maslatón, “he can turn into the next official candidate for the ruling party, a party that seemed consumed and lost but that can be revived with this change.”

Massa leads the Renewal Front and is associated with the Frente de Todos, a coalition of parties that won the presidential elections in 2019.

Maslatón, an early adopter of Bitcoin BTC/USD in Argentina, has publicly met with Massa to talk about crypto, so he confidently stated that “Massa has good vibes with the crypto community.” This could be a green light for the large amount of crypto and fintech startups being developed in Argentina at the moment, one of the main crypto hubs of the world.