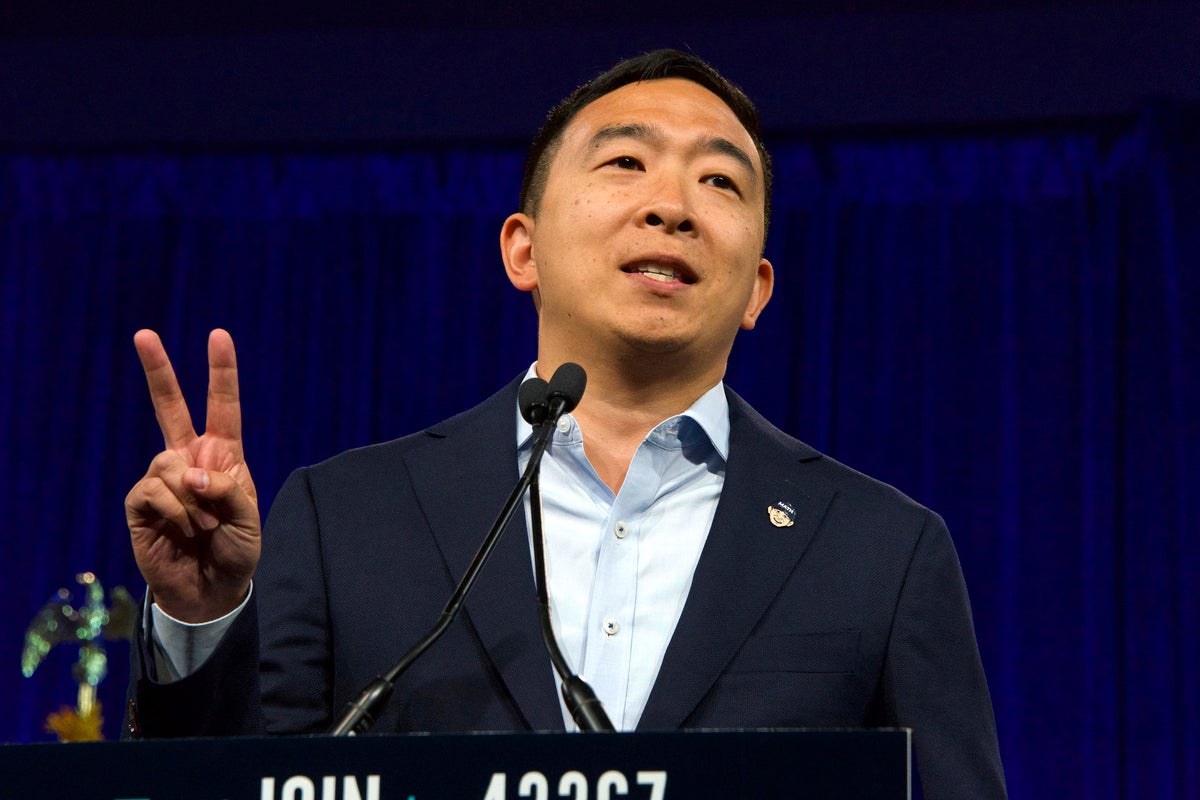 A new political party co-chaired by former Democratic presidential candidate Andrew Yang and the former Republican governor of New Jersey Christine Todd Whitman is on the cusp of emerging as a third alternative.

What Happened: Forward, as the new party has been dubbed, was announced by multiple former Republican and Democratic officials, reported Reuters.

On its official website, the party’s slogan reads: “Not Left, Not Right. Forward.”

Leaders of the emerging outfit will reportedly hold events in two dozen cities this autumn to roll out its platform and attract support.

The political party is expected to host an official launch event in Houston on Sept. 24 and its first national convention will be held in a major U.S. city next summer, according to Reuters.

The party aims to garner registration and ballot access in 30 states by the end of 2023 and 50 states by late 2024, as per the report.

Why It Matters: The new party is an amalgamation of three political groups — the Renew America Movement, made up of former officials from the Reagan, Bush, George W. Bush, and Trump administrations; the Forward Party, founded by Yang; and the Serve America Movement, made up of Democrats, Republicans and independents led by former Republican congressman David Jolly, noted Reuters.

The centrist Forward Party has reportedly no specific policies yet. Its twin pillars are ”reinvigorate a fair, flourishing economy” and “give Americans more choices in elections, more confidence in a government that works, and more say in our future.”

Yang said in an interview that the party will start with a budget of $5 million and financial support “will not be a problem,” according to Reuters.

An Unsuccessful Past: Third-party candidates have run presidential races in the past but failed to secure the top executive position in the country. John Anderson ran an independent campaign in 1980, while Ross Perot ran as a nominee of the Reform Party in 1996.

More recently, Ralph Nader of the Green Party garnered enough votes to disrupt Al Gore’s attempt at the presidency in 2000.

Miles Taylor, a former Homeland Security official in the Trump administration involved in the creation of the Forward Party, told Reuters that “fundamentals have changed.”

“When other third-party movements have emerged in the past it’s largely been inside a system where the American people aren’t asking for an alternative. The difference here is we are seeing a historic number of Americans saying they want one.”