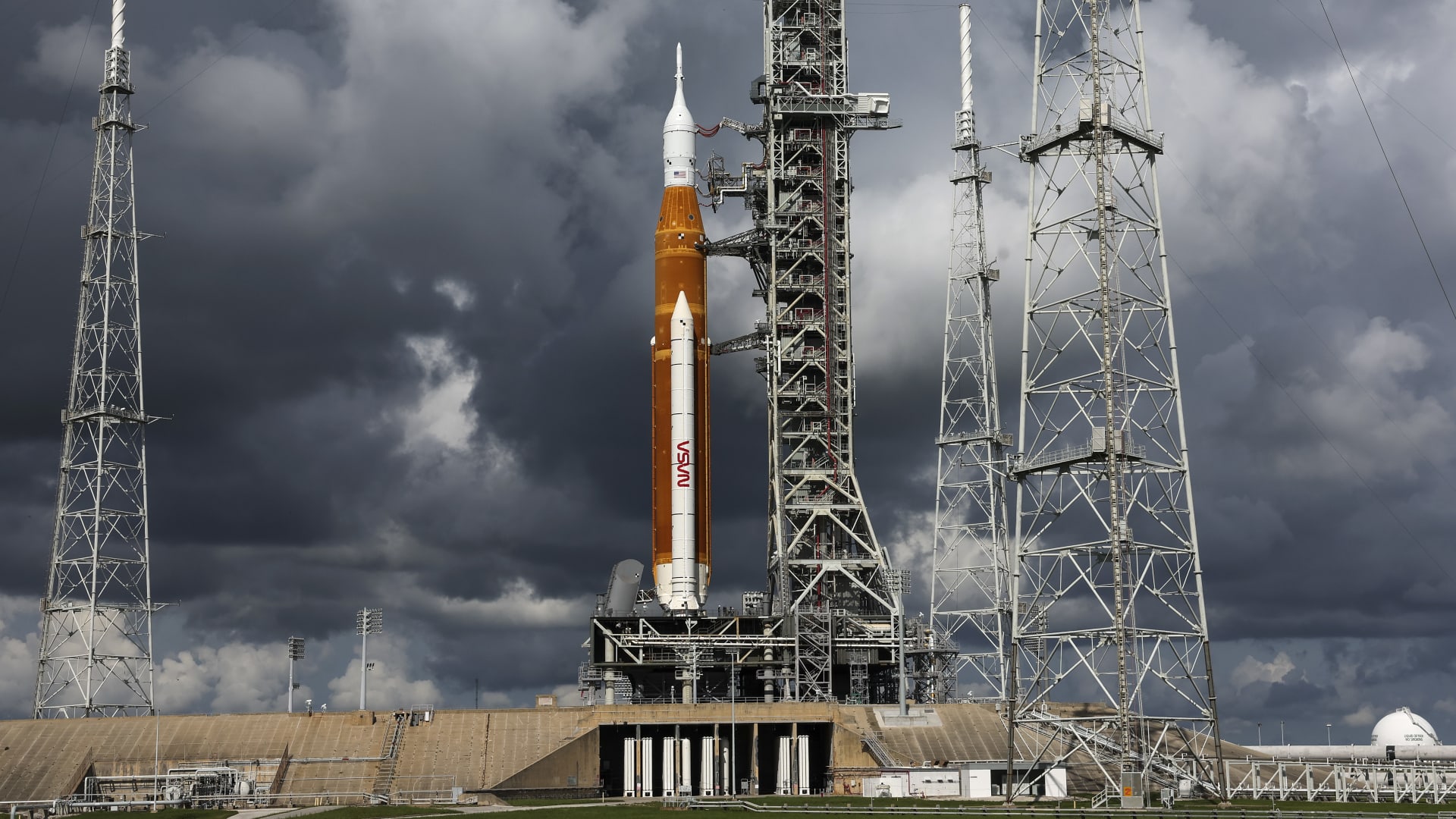 NASA’s Artemis I rocket sits on launch pad 39-B at Kennedy Space Center on September 02, 2022 in Cape Canaveral, Florida.

NASA is skipping next week’s launch attempt of its new moon rocket because of a tropical storm that’s expected to become a major hurricane.

It’s the third delay in the past month for the lunar-orbiting test flight featuring mannequins but no astronauts, a follow-up to NASA’s Apollo moon-landing program of a half-century ago. Hydrogen fuel leaks and other technical issues caused the previous scrubs.

Currently churning in the Caribbean, Tropical Storm Ian is expected to become a hurricane by Monday and slam into Florida’s Gulf coast by Thursday. The entire state, however, is in the cone showing the probable path of the storm’s center — including NASA’s Kennedy Space Center.

Given the forecast uncertainties, NASA decided Saturday to forgo Tuesday’s planned launch attempt and instead prepare the 322-foot (98-meter) rocket for a possible return to its hangar. Managers will decide Sunday whether to haul it off the launch pad.

If the rocket remains at the pad, NASA could try for an Oct. 2 launch attempt, the last opportunity before a two-week blackout period. But a rollback late Sunday or early Monday likely would mean a lengthy delay for the test flight, possibly pushing it into November.

The Space Launch System rocket is the most powerful ever built by NASA. Assuming its first test flight goes well, astronauts would climb aboard for the next mission in 2024, leading to a two-person moon landing in 2025.

The Associated Press Health and Science Department receives support from the Howard Hughes Medical Institute’s Department of Science Education. The AP is solely responsible for all content.