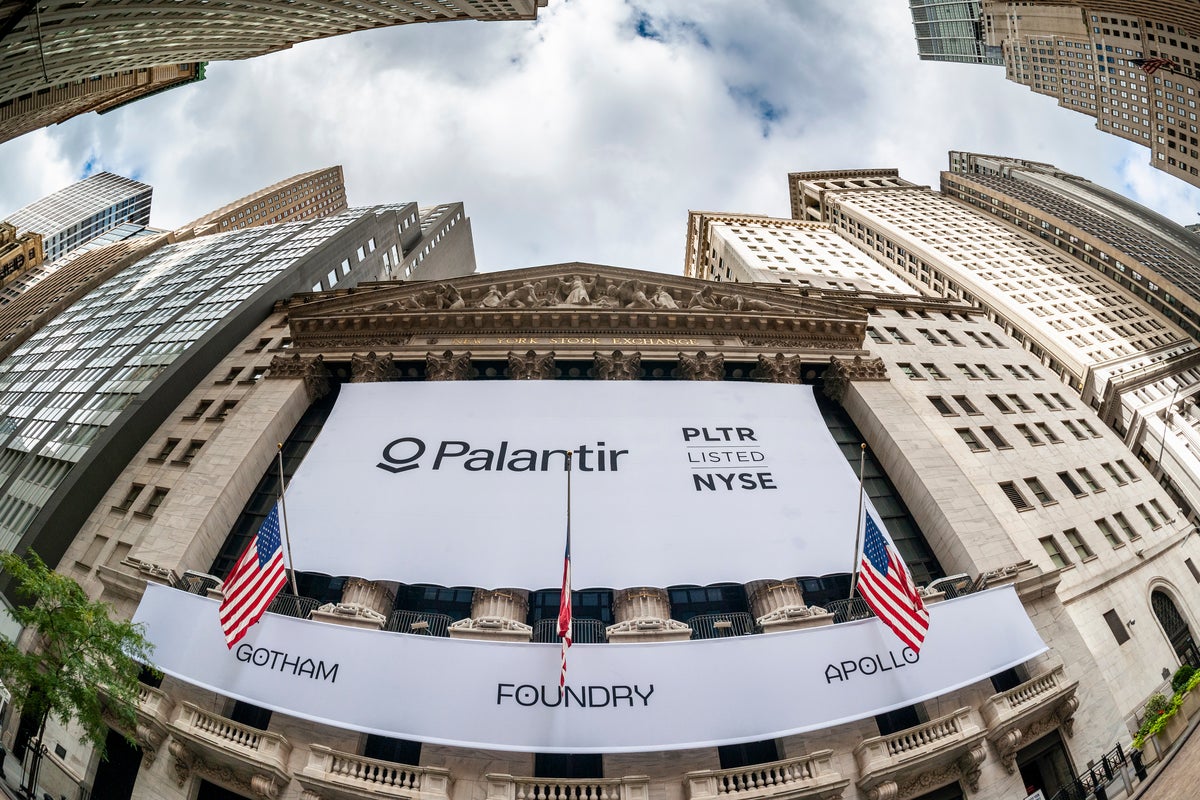 The big data analytics company was on a downwardward path prior to Powell’s speech after breaking down from a head-and-shoulders pattern on Aug. 19.

The full measured move of the breakdown of the pattern was hampered when Palantir bounced up off a long-term descending trendline, which Benzinga predicted the day prior was likely to occur.

If Palantir continues to trend lower, the stock may find support at the trendline again, although that will mean the downtrend could continue for some time.

The bullish scenario is that Palantir holds above its low-of-day price near the $8 mark, which may cause the stock to print a bullish triple bottom pattern at the level.

Want direct analysis? Find me in the BZ Pro lounge! Click here for a free trial.

The Palantir Chart: Palantir entered into a downtrend on Aug. 5 and started to print a consistent series of lower highs and lower lows. The stock’s most recent lower high was formed on Thursday at $8.43 and the most recent confirmed lower low was printed at the $8 mark on Aug. 23.

See Also: Will The Real Palantir Please Stand Up?