US Ambassador To Russia Leaves Post: How Will This Affect Brittney Griner And Other American Prisoners In Russia? 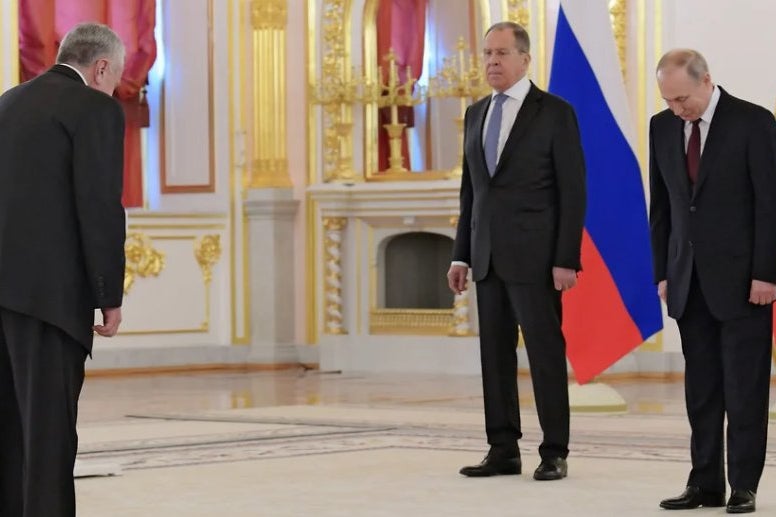 The U.S. Ambassador to Russia on Sunday ended his tenure as America’s top diplomat in Moscow after nearly three years. Spanning the Trump and Biden administrations, Ambassador John Sullivan will retire entirely from a lengthy career in government service.

Sullivan’s retirement, though expected this coming fall, was sped up due to family medical issues, according to people familiar with the matter.

“U.S. Ambassador to the Russian Federation John J. Sullivan has concluded his tenure as U.S. envoy and departed Moscow today,” the US Embassy in Russia said in a press statement Sunday.

How Will This Affect Brittney Griner And Other Prisoner Exchange Negotiations?

Sullivan’s departure comes amid the widening crisis over Russia’s war in Ukraine as well as disputes over detained Americans in Russia.

Over the past seven months of Griner’s detention in Russia, Ambassador Sullivan complained about obstacles he and other embassy officials encountered in their efforts to visit Griner.

“For the third time in a month, Russian authorities have denied an embassy visit to detained U.S. citizen Brittney Griner,” Sullivan tweeted, calling the situation “unacceptable” and urging the Russian Foreign Affairs Ministry to provide timely consular access. Griner was detained at a Moscow airport in February, one week before Russia invaded Ukraine, for having less than a gram of cannabis oil in her luggage.

Sullivan’s tenure in the Moscow embassy for the past three years has been notably difficult as U.S.-Russia relations deteriorate. “He struggled to hold together a diplomatic mission dramatically reduced in staff as Washington and Moscow carried out an increasingly severe series of tit-for-tat expulsions,” noted the Associated Press.

Meanwhile, Elizabeth Rood, the deputy chief of mission to Russia, will be the top U.S. diplomat in Moscow until a successor nominated by President Biden replaces Sullivan.