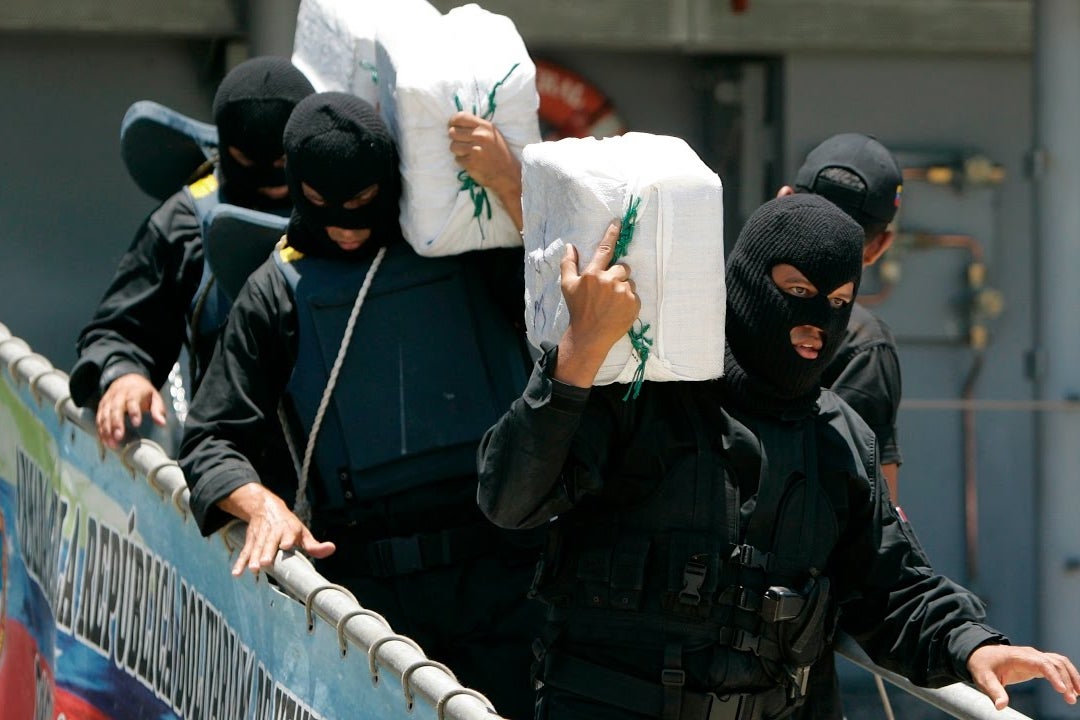 The armed forces of Venezuela announced Monday that they’d made the largest marijuana bust in a decade.

Members of the armed forces intercepted a vessel carrying more than 3.1 tons of marijuana, nearly 18 pounds of cocaine and outboard boat motors off Venezuela’s Caribbean coast, said Gen. Domingo Hernández, general commander of the Operational Strategic Command of the Bolivarian National Armed Forces. The general added that the vessel had departed from Colombia and was en route to the island of Martinique.

Twelve men traveling on the boat were arrested. Hernández said all of them are Venezuelans and were working for the Colombia-based Cartel of the Guajira.

Nearly 6,293 pounds of marijuana were seized from the boat, which had no legal identification, reported the Associated Press.

The arrests and seizure were part of special operations of the armed forces across Venezuela’s border. Soldiers in the area have also seized makeshift buildings that store fuel for small private planes used by drug traffickers who land on nearby illegal runways.

“Since 2012…this is the most important stash of marijuana, and also, since 2012, we have disabled 305 airplanes, 27 (of them) this year with a lot of intelligence and prevention against micro trafficking and macro trafficking because this is another exponential sum as well,” Hernández said according to the AP.

Hernández and his team on Monday showed the drugs to reporters as well as the fuel tanks and boat at a beachside campsite in the coastal community of Tiraya. Two large helicopters, military vehicles, tents and dozens of armed soldiers were also at the site.

Hernández noted that more than 40 tons of illegal drugs have been seized so far this year in Venezuela. That’s up 29.2% compared to the same period last year.