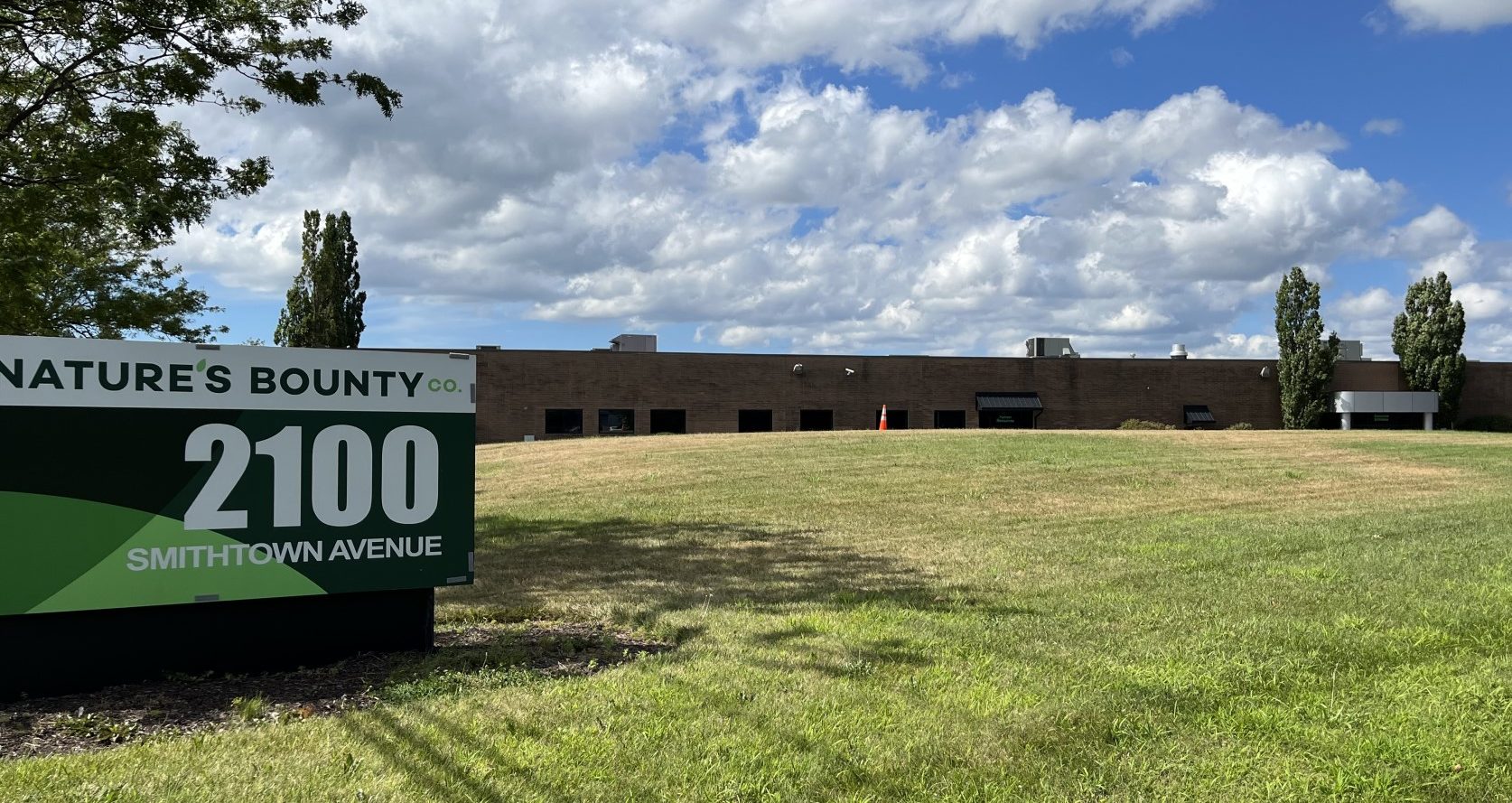 The price was not disclosed, though real estate sources say the property traded for $16.2 million in the deal that closed earlier this month.

Built in 1980 for industrial use, the vacant Smithtown Avenue property had been occupied by the vitamin maker for 24 years. The company, which was also formerly known as NBTY, purchased the property at the end of 1997 for $3.9 million, according to public records.

Nature’s Bounty had converted the building for office use and the new owner is seeking to lease the property to an industrial or office tenant or tenants. The building, located across the street from the west side of MacArthur Airport, has 17-foot ceilings, three exterior dock doors and parking for 350 vehicles.

Bountiful joins the growing list of Long Island companies shedding office space or seeking to trim their office footprints, as LIBN recently reported. The vitamin firm, which occupies several other Long Island properties, including facilities in Bayport, Bohemia, Holbrook and Ronkonkoma, declined to comment on the sale of its Smithtown Avenue property.

Nestle Health Science acquired Bountiful’s major brands in a $5.75 billion deal last year, buying its Nature’s Bounty, Solgar, Osteo Bi-Flex and Puritan’s Pride brands. Those brands had sales of $1.87 billion the previous year, according to a report from Reuters.

The purchase of the Ronkonkoma property is the fourth Long Island acquisition for Venture One in the last nine months. The company acquired an 85,000-square-foot industrial building on 9.7 acres at 2950 Veterans Memorial Highway in Bohemia in Nov. 2021 and a 90,000-square-foot office building on 7.4 acres at 49 Wireless Blvd. in Hauppauge in March. Venture One, which also has a regional office in East Rutherford, N.J., is investing $96 million to redevelop the Bohemia and Hauppauge properties into new warehouse and distribution facilities.

Two months ago, Venture One purchased a 50,000-square-foot industrial building on 4.48 acres at 889 Waverly Ave. in Holtsville, which is leased to Fulfillment Plus and is not targeted for redevelopment. The company declined to comment on its Ronkonkoma acquisition.

Paul Leone of CBRE represented the seller in the Smithtown Avenue sales transaction but declined to comment on the deal.