What a housing recession means for homeowners, buyers, sellers 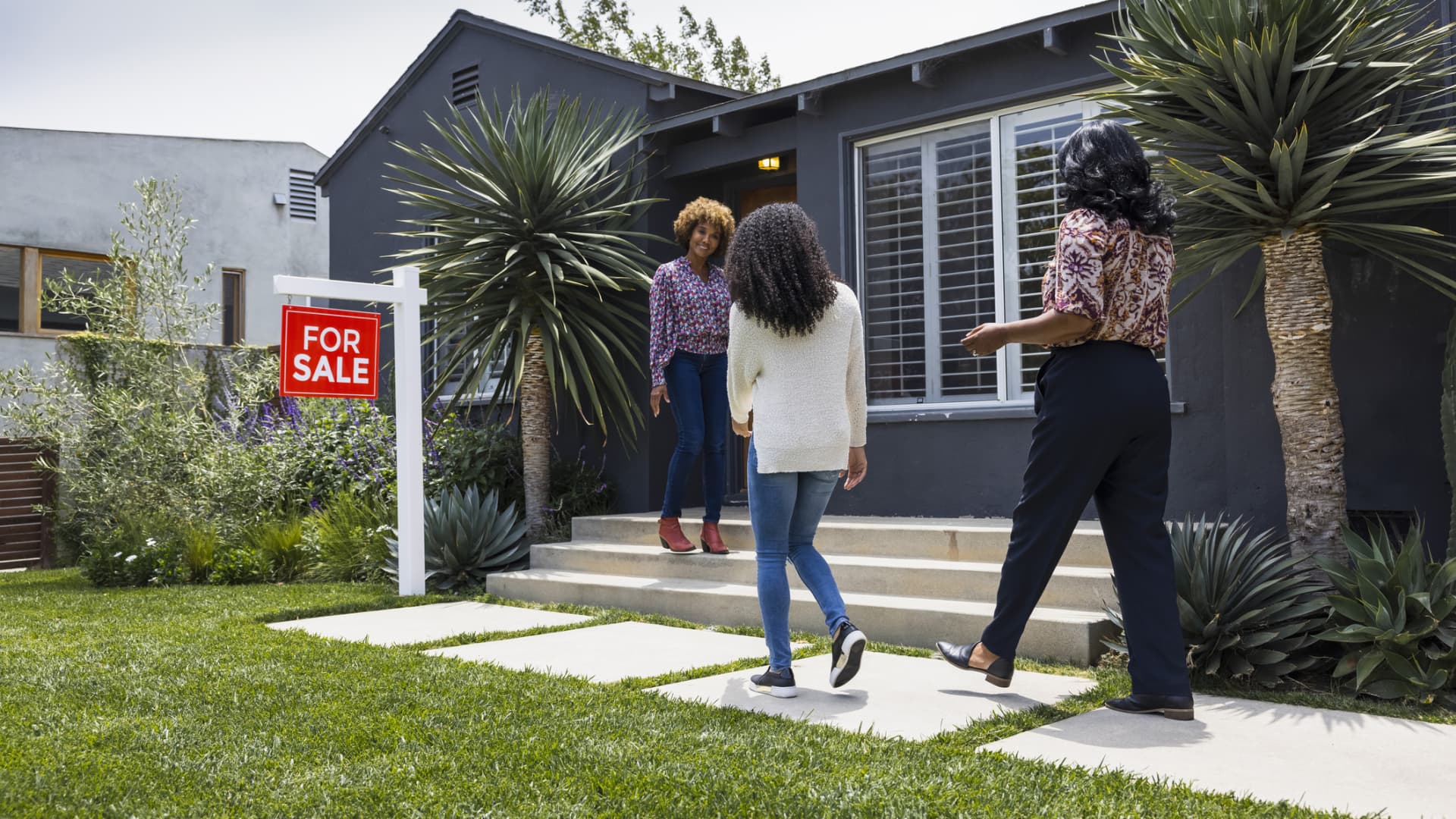 Just months ago, the housing market remained in overdrive: surging home prices, historically low interest rates and unrelenting demand. However, data now suggests to some experts that the market is in a “housing recession.”

For example, sales of existing homes in July fell by 5.9% from June, marking the sixth straight month of a decline — and a drop of more than 20% from a year earlier. What’s more, there have been layoffs and slower job growth in the industry, homebuilder sentiment has turned negative and buyers are canceling contracts in the face of interest rates that have jumped to 5.72% from below 3.3% heading into 2022.

“We’re witnessing a housing recession in terms of declining home sales and home building,” Lawrence Yun, chief economist for the National Association of Realtors, said in a recent report.

At this point, however, it’s a different story for homeowners, buyers and sellers.

But there are signs the market is starting to shift in buyers’ favor.

More from Personal Finance:
Here are 3 tips for paying down your credit card balances
8.2 million people may soon get health insurance rebates
Here’s how to save on groceries amid high food inflation

‘Homeowners are in a very comfortable position’

“Prices are still rising in nearly all markets across the country … and inventory is improving slightly, but not greatly so,” Yun told CNBC.

“Homeowners are in a very comfortable position financially, in terms of their housing wealth,” Yun said. He also recently said homeowners are “absolutely not” in a recession.

With interest rates roughly double where they were six months ago, buyers have had more trouble qualifying for loans or affording higher rates.

“I am seeing homebuyers cancel a contract if their payment is just a little bit higher than what they expected — I’m talking about $100,” said Al Bingham, a mortgage loan officer at Momentum Loans in Sandy, Utah. “Homebuyers are very cautious right now.”

For buyers, the slowdown in demand is generally good news, experts say.

“Buyers should expect a little better price negotiation possibility,” Yun said. “Last year, they were at the mercy of whatever sellers were asking … and there were multiple offers. Buyers may not face that now.”

While it depends on the specific market, there’s more of a chance that buyers will see more normal buying experiences. In some places, the slowdown means less competition and more likelihood that sellers will accept offers that come with contingencies — such as the buyer must sell their own home first.

Sellers ‘need to be realistic’

Sellers, meanwhile, may want to temper their expectations.

“Sellers need to be realistic about the changing market,” Yun said. “They cannot expect to simply list their home at a high price and easily find a buyer.

“Too many buyers chasing after too few properties — those days are over,” he said.

At the same time, homes are still selling quickly. In July, properties typically remained on the market for 14 days, down from 17 days a a year earlier, according to the Realtors association.