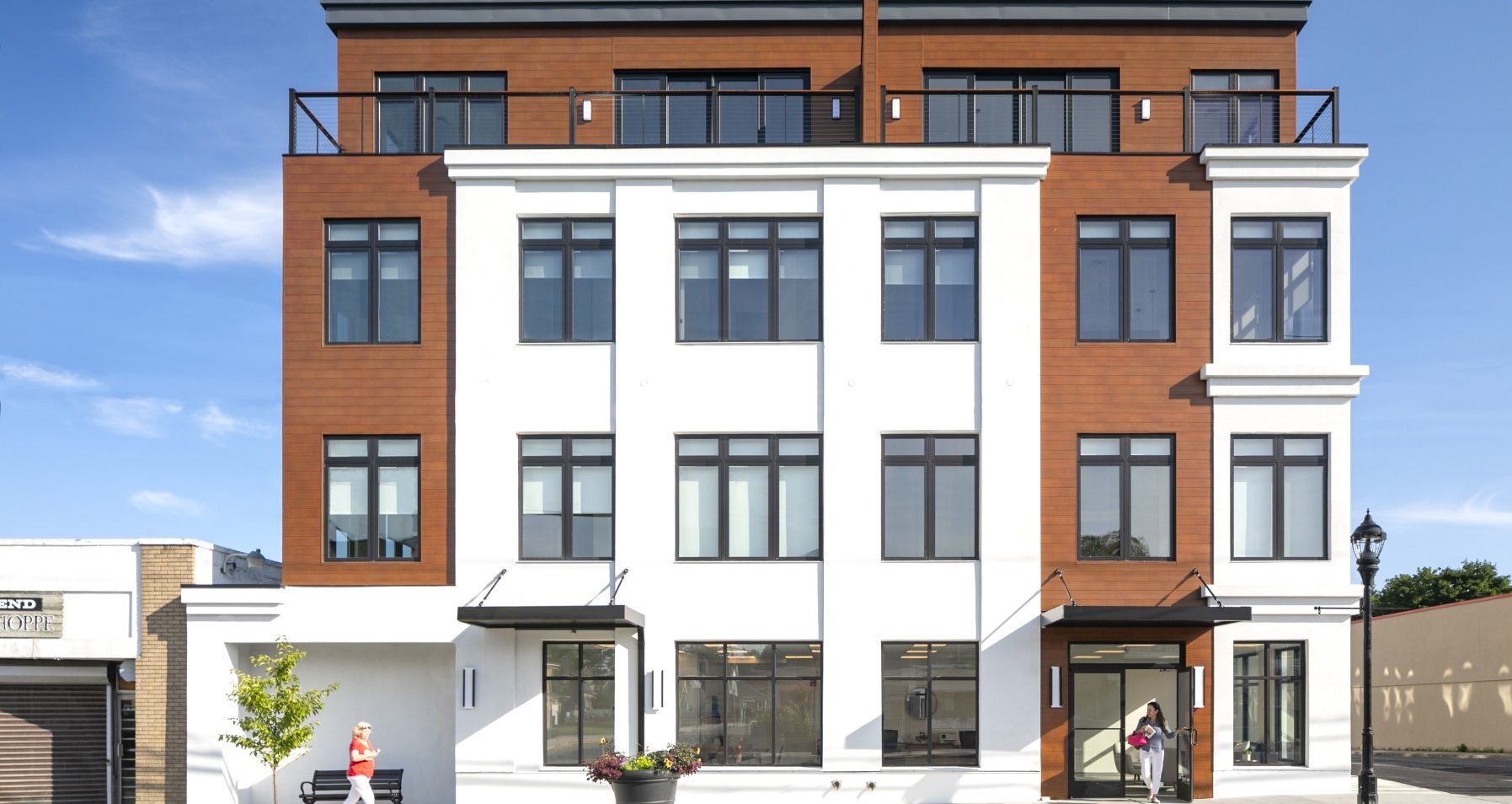 Rooftop lounge at The Shipyard in Riverhead / Courtesy of G2D Group

Amenities at The Shipyard include a rooftop lounge, a business center and a fitness center. Conveniences for residents feature 24-hour video surveillance, private parking lot, and concierge services that include cleaning and dog walking. Some of the apartments also have balconies with views of the Peconic River.

Monthly rents at the new Riverhead complex range from $2,500 to $5,800. Though it just opened last week, The Shipyard is already more than 50 percent leased.

G2D, which has been active in downtown development throughout Long Island, is also planning to build a five-story, 37-unit luxury apartment building on a half-acre site at 205 Osborn Ave. in Riverhead. The property, which had a vacant, 10,000-square-foot medical office building on it, is located a block from the Riverhead Long Island Rail Road station and across the street from the Suffolk County Supreme Court building.

Both projects are part of the ongoing revitalization of Riverhead’s downtown, which got a boost earlier this year with the award of a $10 million Downtown Revitalization Initiative grant from New York State.