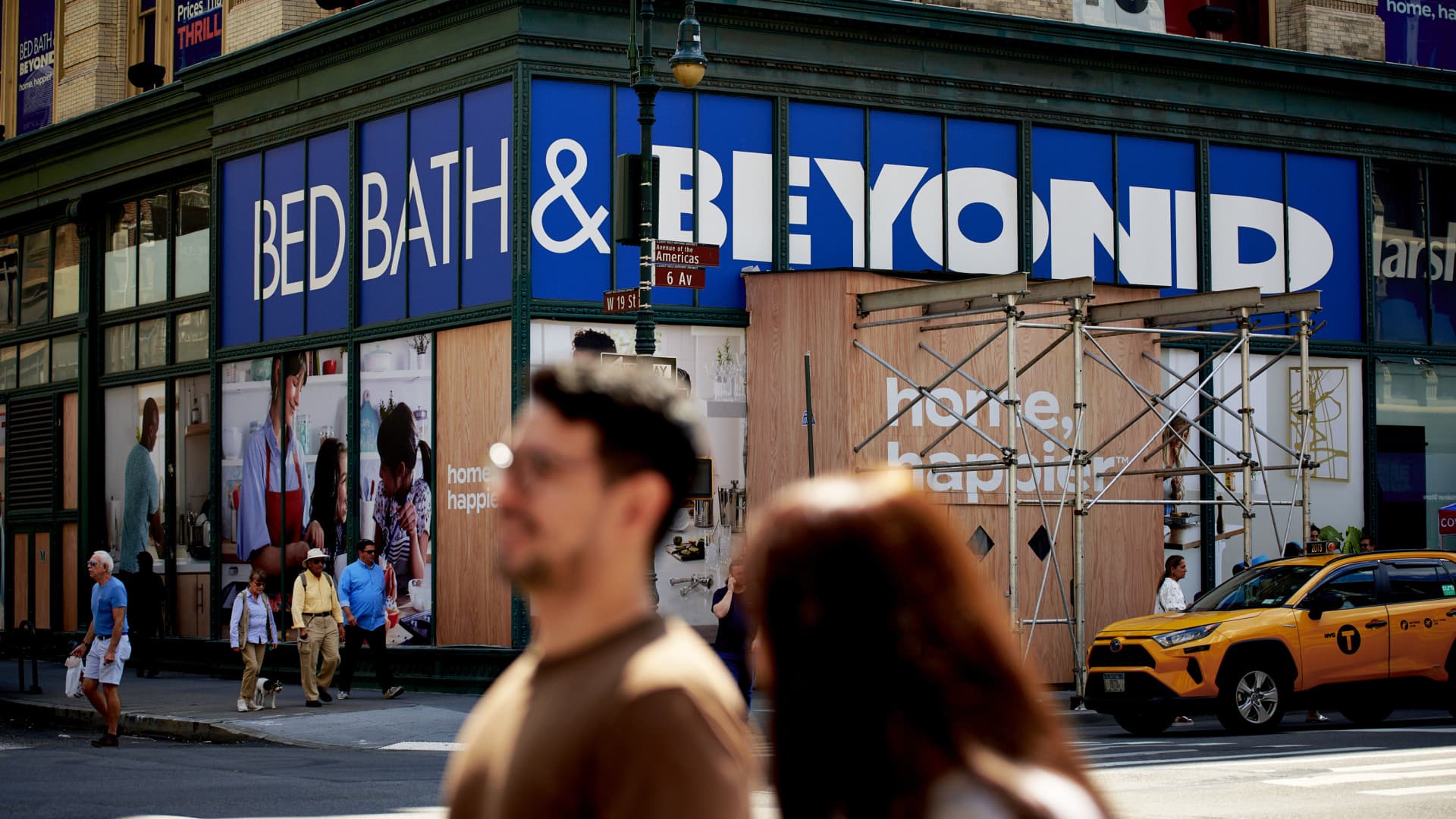 Bed Bath & Beyond on Sunday confirmed that its Chief Financial Officer Gustavo Arnal died over the weekend, after police had said earlier that Arnal fell to his death. Investigators believe Arnal’s fall was intentional, but he left no note behind and did not say anything to his wife, who was home at the time, sources told WNBC.

“The entire Bed Bath & Beyond Inc. organization is profoundly saddened by this shocking loss,” the company said in a statement.

Arnal, 52, fell Friday afternoon from a building in downtown Manhattan, according to police. The iconic skyscraper, known locally as the “Jenga Tower” or the “Jenga Building,” has more than 50 floors of uniquely stacked apartments.

Emergency Medical Services declared Arnal deceased on the scene, according to a spokesperson from New York’s Office of the Deputy Commissioner, the public information office for the city’s police department.

A NYPD spokesperson tells CNBC it is up to the Medical Examiner’s Office to make a final determination about the cause of death. At this stage, the investigation remains ongoing.

In Bed Bath’s statement on Sunday, the company noted that Arnal “was instrumental in guiding the organization throughout the coronavirus pandemic.”

Since joining Bed Bath in 2020, Arnal made several purchases and sales of company stock. Last month, he sold more than 55,000 shares for $1.23 million, according to a filing, which said he still held 255,396 shares at the time.

Arnal, who also spent 20 years at Procter & Gamble, died days after the company announced plans to close 150 stores of its “lower producing” namesake stores. The New Jersey-based retailer also said it would be cutting 20% of its staff and added that it had secured more than $500 million in new financing, including a loan.

Some analysts say the while the turnaround plan announced Wednesday will improve the company’s liquidity position, it won’t be sufficient to save Bed Bath’s business. Raymond James downgraded the stock Thursday, saying that the cost cuts and new financing “only kicks the can down the road.”

If you are having suicidal thoughts, contact the Suicide & Crisis Lifeline at 988 for support and assistance from a trained counselor.

This is a developing story. Please check back for updates.