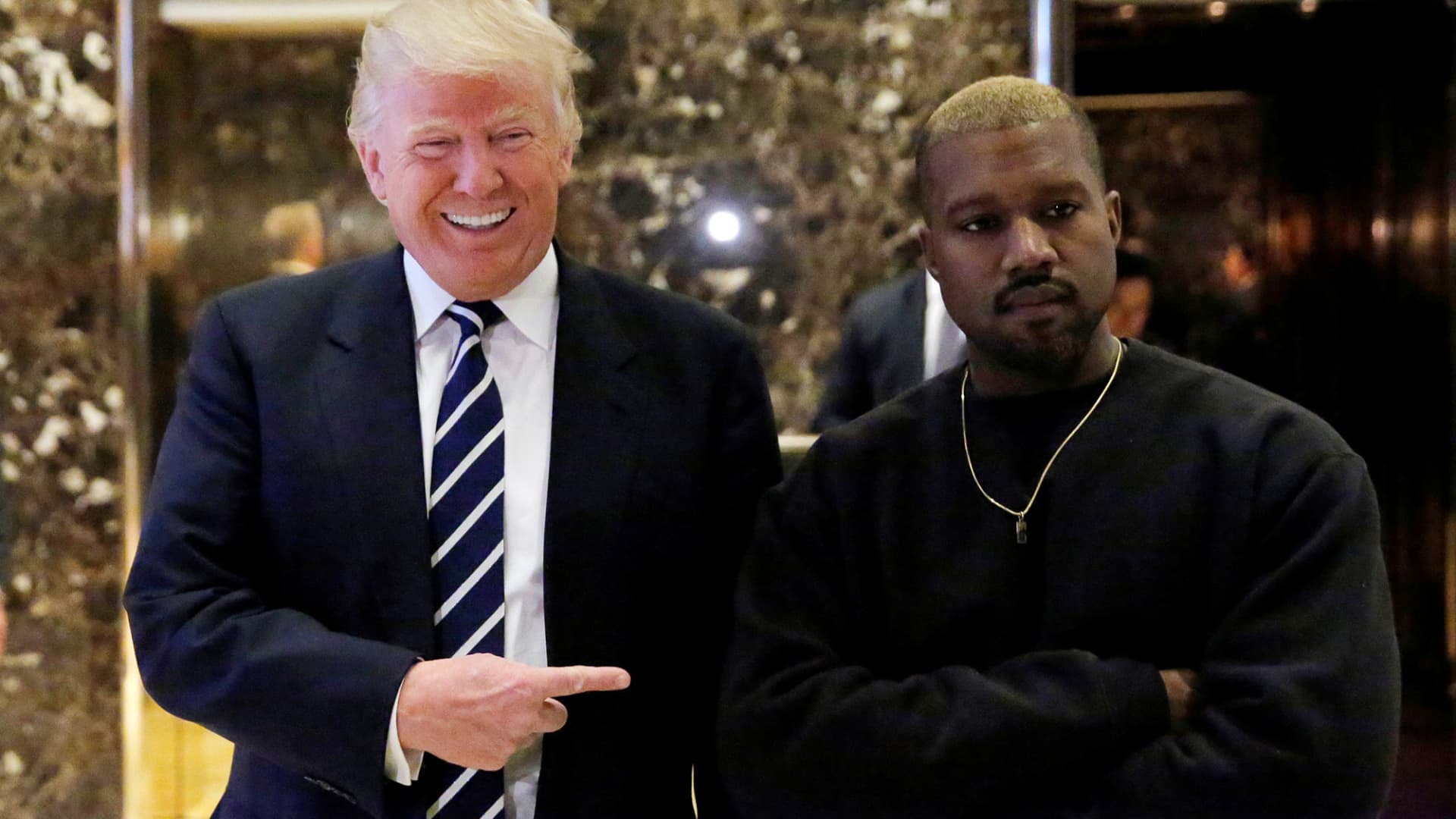 President Joe Biden denounced antisemitism and took a veiled jab at Donald Trump days after the former president dined with rapper Ye, who has made a string of recent antisemitic comments, and white nationalist Nick Fuentes.

“I just want to make a few things clear,” Biden posted Friday on his official Twitter account. “The Holocaust happened. Hitler was a demonic figure. And instead of giving it a platform, our political leaders should be calling out and rejecting antisemitism wherever it hides. Silence is complicity.”

The message comes a day after the rapper, formerly known as Kanye West, told right-wing conspiracy theorist Alex Jones “I like Hitler” during an antisemitic rant on Jones’ InfoWars show. Ye also tweeted out a swastika in a Star of David, prompting a suspension from Twitter.

Trump, the presumptive frontrunner for the 2024 GOP presidential nomination, had dinner last week with Ye and Fuentes at his Mar-a-Lago club, sparking widespread condemnation. Ye’s comments have only become more inflammatory since the meal, and Trump has not yet disavowed his connection with the rapper.

“I love Jewish people, but I also love Nazis,” Ye told Jones on the show, also praising what he considered Hitler’s contributions to society. Fuentes, who the Department of Justice labeled as a white supremacist last year, was also a guest on the hate-filled program. Jones, a noted conspiracy theorist, filed for personal bankruptcy Friday following a lawsuit won by families of the victims of the Sandy Hook Elementary School massacre, which he spent nearly a decade calling a hoax.

Ye’s comments were offensive enough for Republicans on the House Judiciary Committee to delete a tweet they posted on Oct. 6, which read: “Kanye. Elon. Trump.” The committee members received pushback on the post for weeks after billionaire Elon Musk allowed previously banned right-wing figures including Trump and Ye to rejoin Twitter.

Ye was once again booted from Twitter on Friday after he posted an image of a swastika, a symbol synonymous with the Nazis, inside a Star of David, a prominent symbol of Judaism. Twitter had suspended Ye’s account in October, prior to Musk’s purchase, after he posted that he was “going death con 3 On JEWISH PEOPLE.” Musk announced the company had restored Ye’s account on Nov. 20 and welcomed the rapper back to the platform, tweeting, “Don’t kill what ye hate, save what ye love.”

Ye’s net worth dropped by hundreds of millions of dollars after Adidas announced it is ending its partnership with the rapper and Gap, Foot Locker and others said they would no longer carry his products following his antisemitic tweet in October. Major Hollywood talent agency CAA dropped him as a client, as well. Three weeks before his “death con 3” tweet, Ye sparked controversy — and praise from some conservatives — for showing a “White Lives Matter” T-shirt at Paris Fashion Week.

The “silence is complicity” part of Biden’s tweet is an apparent criticism of Trump and other prominent Republicans. Trump has not yet condemned the men he had dinner with at Mar-a-Lago, and he claimed not to know who the white nationalist Fuentes was.

House Minority Leader Kevin McCarthy, who is looking to be the next House speaker, said Tuesday he does not think anyone should spend time with Fuentes and that he “has no place in the Republican Party.” McCarthy added: “Well, I condemn his ideology. It has no place in society. At all.”

But most Republicans have avoided criticizing the dinner. PBS News asked 57 current Republican lawmakers to condemn the meeting, and the majority did not respond. Those who have denounced it, such as McCarthy, have focused their ire on Fuentes rather than Trump.

Sen. Marco Rubio, R-Fla., told Politico he hopes Trump will condemn Fuentes “because I know [Trump’s] not an antisemite. I can tell you that for a fact that Trump is not, but [Fuentes is] evil … just a nasty disgusting person. He’s an ass clown, and he’s trying to legitimize himself by being around a former, maybe future president.”

Sen. Josh Hawley, R-Mo., told Politico he wouldn’t dine with Fuentes. But he added, “It’s a free country, [Trump] can do whatever he wants.”

Florida Gov. Ron DeSantis, who is seen as a likely 2024 challenger to Trump, has notably remained silent on the meeting, which took place in his home state.