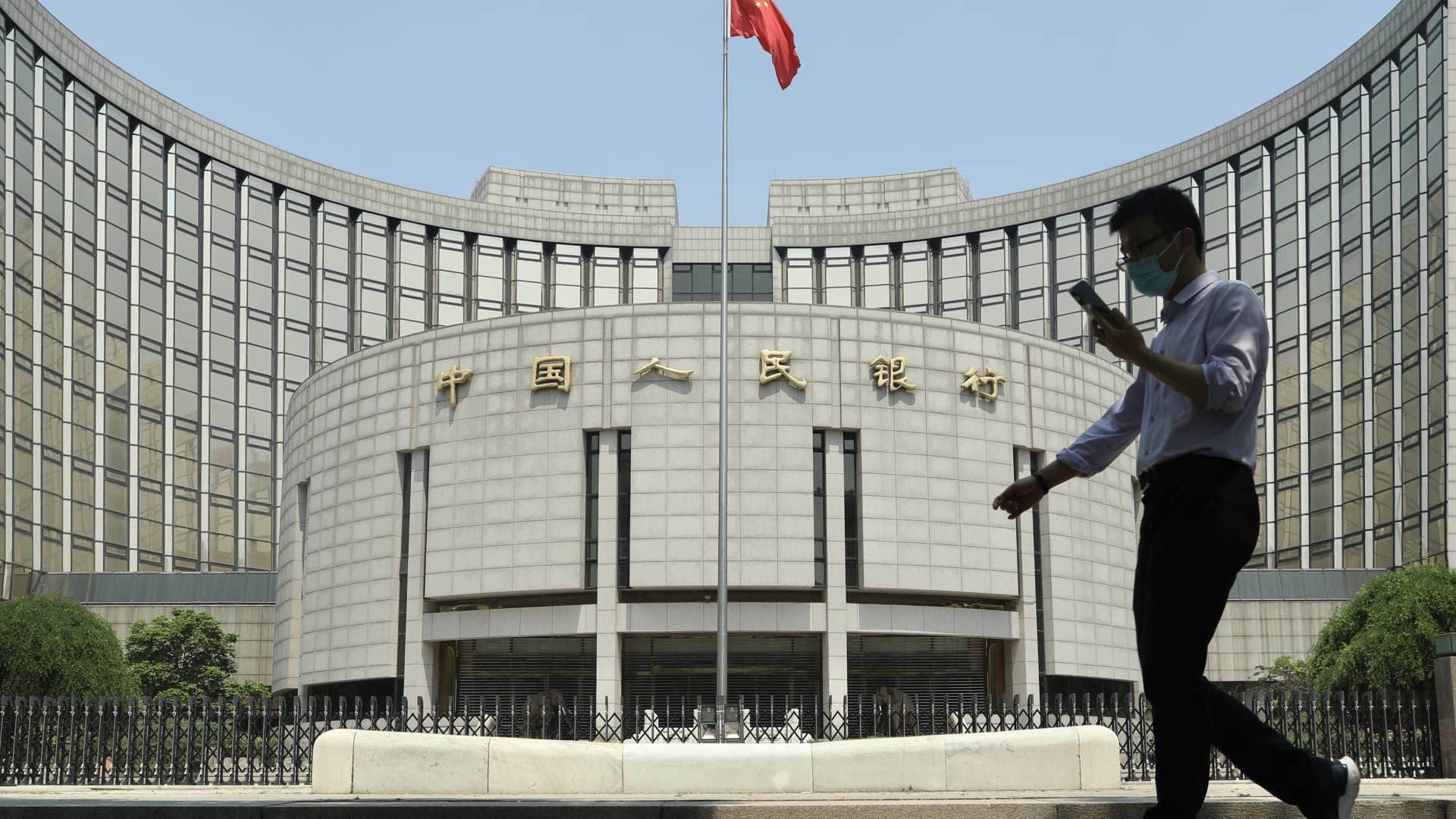 A man looks at his smartphone as he walks past the People’s Bank of China building on May 20, 2022 in Beijing.

Though the LPR cut may provide near-term relief, easing liquidity alone is unlikely to lead to a turnaround to the property market.

“Fresh monetary easing/stimulus was seen as futile as ‘flogging a dead horse,’ given that China’s economy desperately needs consumers back on the streets spending money,” he said in a note.

In relation to the latest round of cuts, David Chao, global market strategist for Asia Pacific (ex-Japan) at Invesco said it hinted at the seriousness of the property market downturn.

However, he conceded that these cuts won’t be enough to increase liquidity.

“It sends a strong message that policymakers are willing to take more forceful actions to stabilize the ailing market,” he said in a note.

“Though the LPR cut may provide near-term relief, easing liquidity alone is unlikely to lead to a turnaround to the property market.”

He added that lower mortgage rates haven’t translated into higher property sales so far, “due to the lack of confidence in large developers and the presales model.”

Chao said he doesn’t expect these to be last of the monetary policy fixes to come from the Chinese authorities, especially when “central and local governments have the financial tools to provide an excess of 3 trillion yuan to boost the property sector.”

While today’s rate cuts won’t be a game changer, they are for now an encouraging sign, said asset manager Joshua Crabb, who is head of Asia Pacific equities at Robeco.

A more positive move would be for China to open up through changes to its Covid-19 policies, as that would be the repair the economy needs, he said.

“For now, it’s a positive sign in the right direction … But I think people are looking for something bigger in order to get a bit more excited about the market,” Crabb told CNBC’s “Squawk Box Asia” on Monday.

“In a nutshell, these rate cuts… will have very little to zero impact on the current trajectory of both the economy and the property sector.”