Even as crypto craters, it’s still ‘accessible to anyone’: blockchain educator 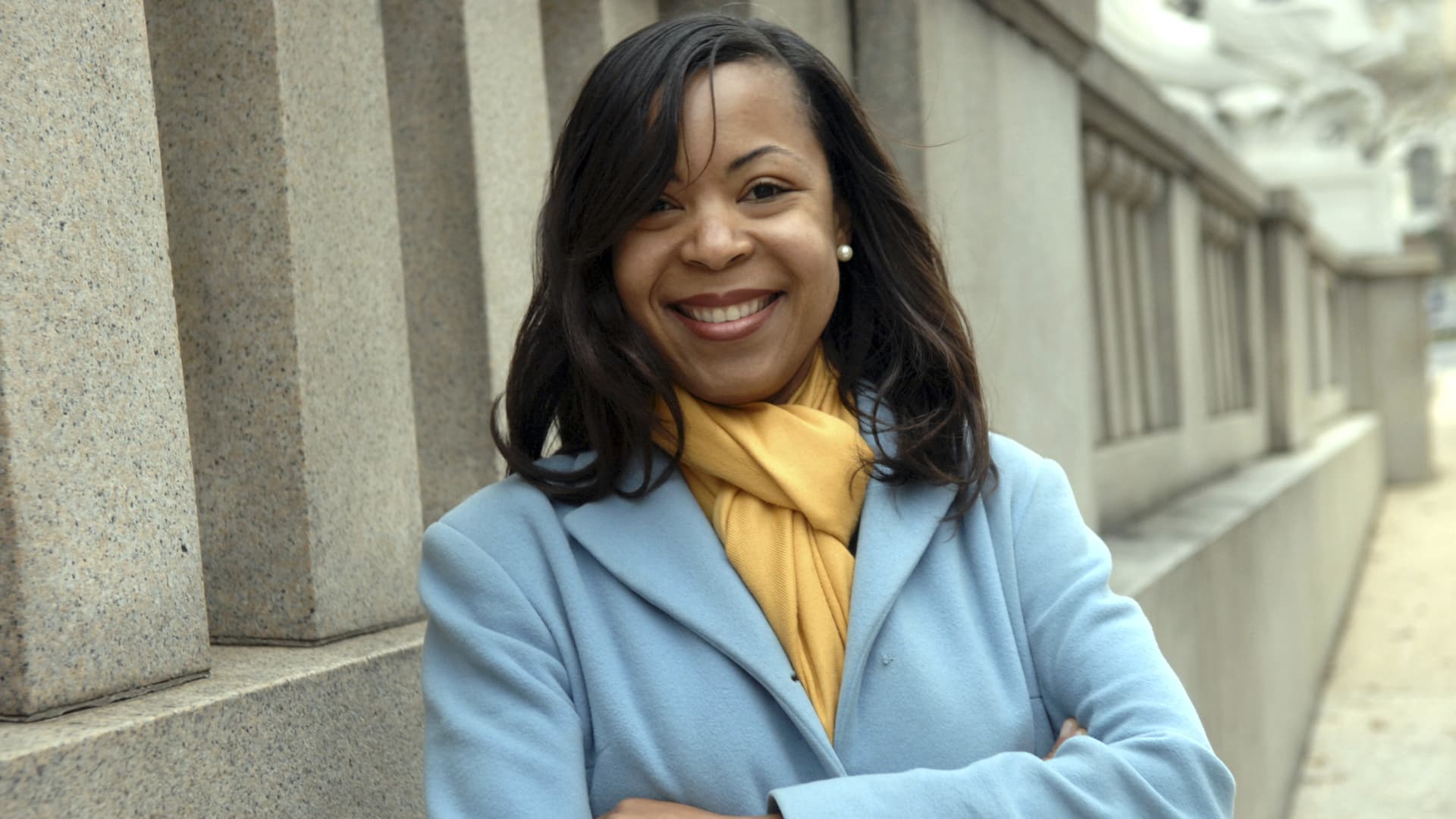 Even as cryptocurrency craters as it has the past few weeks, it remains an asset class that is accessible to anyone, says a blockchain educator. And Cleve Mesidor says that’s why it’s drawing in Black and Latino communities.

Bitcoin’s selloff, sparked by a reversal of the buying mania that drove it higher, has now become the third-deepest in the cryptocurrency’s 13-year history. On Monday, bitcoin fell to as low as $22,611, according to CoinDesk. That is down more than 20% from Friday, and down 67% from its November high of $68,991.

Despite the slide, Mesidor remains bullish.

She was working in the Obama administration in 2013 when she first heard about bitcoin.

From the beginning, the concept excited her. Within a few years, she’d leave politics and enter the cryptocurrency space with a mission to make the new financial world a better one for people of color and women than the traditional market of stocks, bonds and mutual funds.

Most recently, Mesidor has published a book, The Clevolution: My Quest for Justice in Politics & Crypto, a memoir about her journey from growing up in Haiti to falling down the blockchain rabbit hole.

She’s the founder of the National Policy Network of Women of Color in Blockchain and just became the executive director of The Blockchain Foundation, which seeks to educate different industries on the emerging technology.

CNBC recently interviewed Mesidor about what people get wrong about cryptocurrency, its future and how to prevent the new space from looking like the old world of finance. Shortly after that conversation, bitcoin had a massive drop Monday, hitting $23,000 — its lowest level since December 2020.

The exchange has been edited and condensed for clarity.

Annie Nova: You had a career in politics before moving over to cryptocurrency. How does that prior experience inform the work you’re doing now?

Cleve Mesidor: When I left Washington, I moved back to New York, and got immersed in the New York City crypto ecosystem. When bitcoin hit $20,000, everybody lost their minds, and the IRS was like, ‘Are these people paying their taxes?’ The regulatory conversation really heated up, and so I started leaning back on my Washington background. I found there was a void: Policy was not keeping up with adoption. Since 2018, I started publishing a weekly newsletter that goes to my public policy network.

Crypto is the first asset class ‘accessible to anyone’

AN: What do people get most wrong about cryptocurrency?

CM: We know that about 25% of the U.S. owns cryptocurrencies of some kind, and Black and Latino communities are actually leading the adoption. It’s not white males. The working class and middle class are already in.

AN: Why are Black and Latino communities leading crypto adoption?

CM: Your attraction to cryptocurrency depends on your relationship with money. If money in the traditional system has always worked for you, you’ll be like, ‘Why fix it?’ ‘Why actually take the risk of a new pathway?’ But if traditional finance never worked for you, then the alternatives look attractive. In America, Black and Latino communities, regardless of whether you’re unbanked or a professional like myself, you’re treated the same. Banks don’t care about you, wealth managers don’t care about you and Wall Street doesn’t care about you.

AN: But what’s different about cryptocurrency? I can see the same problems in traditional finance reemerging here.

CM: What’s different about cryptocurrency is decentralization. With every other traditional asset class, there are barriers to entry. This is the first asset class that is accessible to anyone. That is not the case for stocks or bonds or mutual funds. Also, Black and Latino communities do not see crypto as a risky investment; the riskiest place for us has been traditional finance. A few months ago, Ryan Coogler, the director of “Black Panther,” went into a bank to withdraw $10,000, and they called the police on him.

Numbers of women in crypto are ‘still abysmal’

AN: There’s still a huge gender imbalance in the cryptocurrency space, with much fewer women than men involved. What do you think the main reason for this is?

CM: Women are a fast-growing demographic in crypto, but the numbers are still abysmal. That’s largely because women are often the heads of households and responsible for the livelihoods of their children and their parents, which impacts their tolerance for risk.

AN: How do you get more women in?

CM: We need to empower women and give them more information about crypto. By talking to people about things like ‘fractionalization,’ meaning you don’t have to buy a whole bitcoin, we will get more women. And the value proposition can’t just be about becoming an investor. We must also emphasize opportunities for entrepreneurship, innovative career paths with remote work options, the ability to make a social impact and also highlight resources and education about how to reduce risk.

AN: What do you see as the future of cryptocurrency?

CM: If we cut through the noise of cryptocurrency and blockchain, and a lot of it is noise, it’s really about efficiency, optimizing processes and giving people more control — access to their own data. Blockchain and cryptocurrency will be powering our world, and we won’t even notice it.