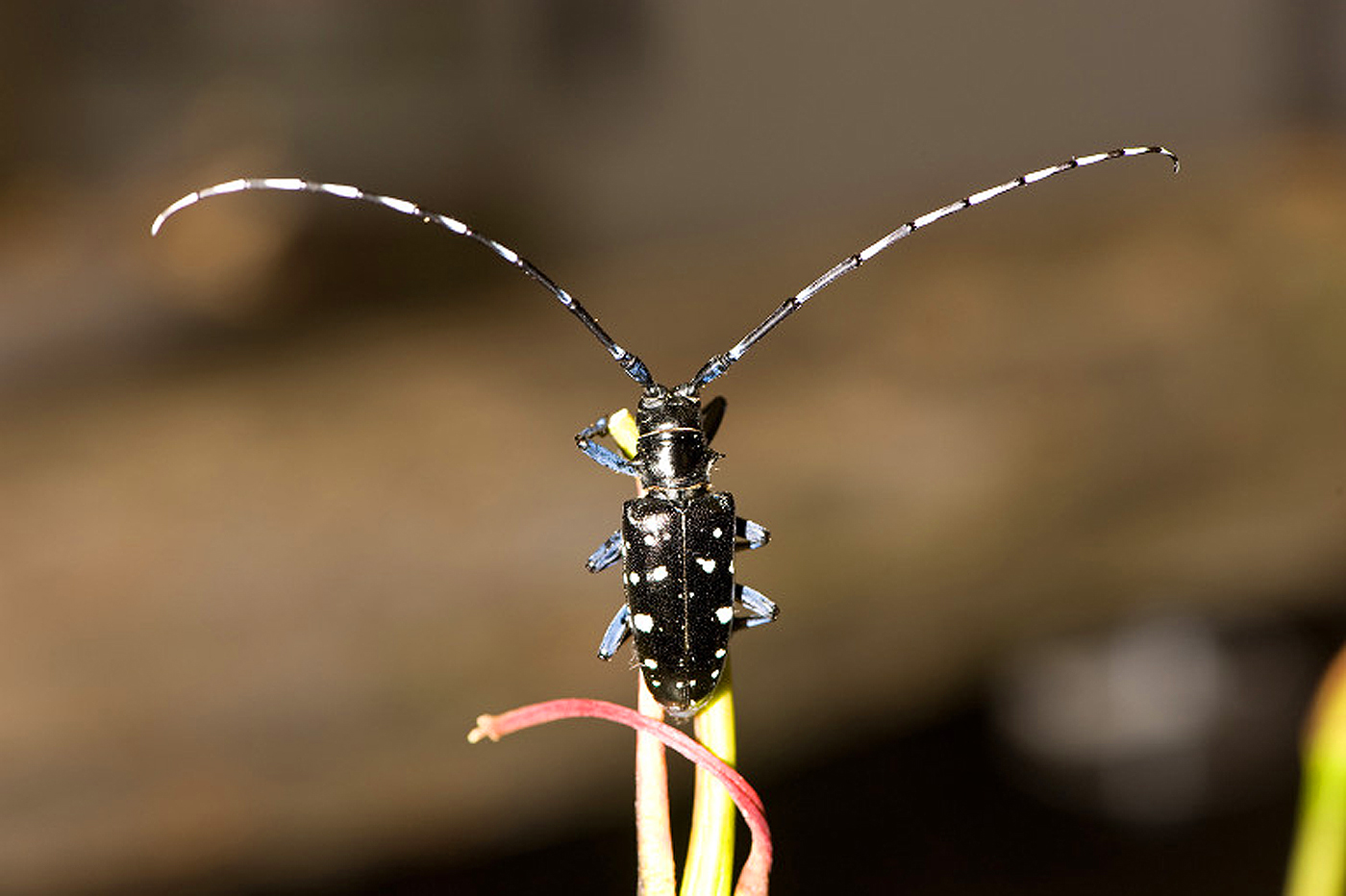 An invasive beetle is attacking trees in central Long Island by the thousands, officials said.

Now, residents in Nassau and Suffolk counties are asked to check their trees for the Asian longhorned beetle and the damage it causes, according to the U.S. Department of Agriculture.

Experts there say August is a critical time to look for the wood-boring insect as this is when people are most likely to spot the adult beetle.

“Checking trees for the pest and the damage it causes is how you can help us eliminate the beetle from the United States, and protect more trees,” Josie Ryan, APHIS’ National Operations Manager for the ALB Eradication Program, said in a stateent. “The sooner we know where the insect is, the sooner we can stop its spread.”

USDA and its partners are working to eradicate the tree-killing beetle. The ALB is an invasive wood-boring beetle that attacks 12 types of hardwood trees in North America, including maples, elms, buckeyes, birches, and willows.

Infested trees do not recover and eventually die, according to the USDA. Infested trees also become safety hazards since branches can drop and trees can fall over, especially during storms. In its larval stage, the insect feeds inside tree trunks and branches, creating tunnels as it feeds, then adults chew their way out in the warmer months, leaving about 3/4-inch round exit holes.

The adult ALB has distinctive markings: a shiny black body with white spots that is about 1-inch to 1-1/2 inches long. It has black and white antennae that are longer than the insect’s body, and six legs and feet that can appear bluish in color.

Signs that a tree might be infested include round exit holes in tree trunks and branches about the size of a dime or smaller. Additional signs includeEegg sites that are shallow, oval or round wounds in the bark where sap might weep. There may be sawdust-like material called frass found on the ground around the tree or on the branches. And there may be branches or limbs falling from an otherwise healthy-looking tree.

If you think you found a beetle or tree damage, report it by calling the ALB hotline at 1-866-702-9938 or submitting an online report at www.AsianLonghornedBeetle.com. Try to photograph the ALB or tree damage. If you can, capture the beetle in a durable container and freeze it, which helps preserve the insect for identification. Then report it.

If you live in an ALB quarantine area, officials say you can keep the tree-killing pest from spreading by following state and federal laws, which restrict the movement of woody material and untreated firewood that could be infested.

Experts say it is possible to eradicate ALB. USDA and its partners eradicated the insect from Illinois, Boston, Massachusetts, New Jersey and portions of New York and Ohio.