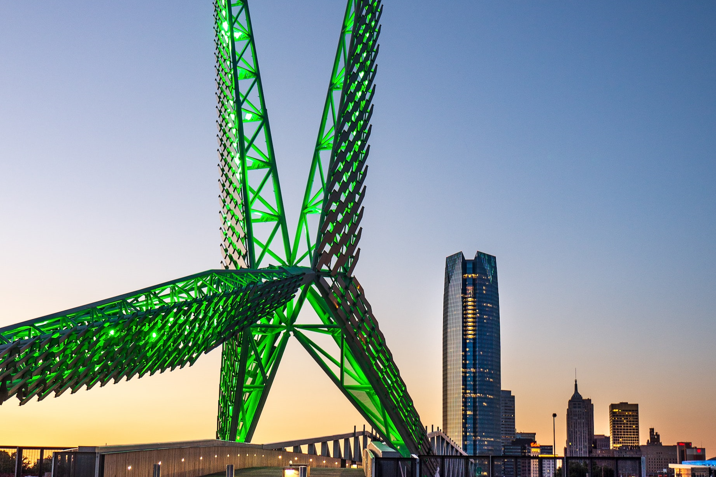 Should recreational cannabis become legal in Oklahoma? Activists in the state have gathered enough signatures to present that question to Oklahoma voters this November. However, Oklahoma’s Supreme Court is performing a final revision on whether the question should be on the ballot, and the jury —or rather, the court— is still out.

The Oklahoma Supreme Court issued an order assuming jurisdiction to decide if State Question 820 —as the ballot has been baptized by the campaign— will appear on the November 2022 ballot.

“We are thrilled the Court has officially recognized State Question 820 has more than enough valid signatures to be considered for the November 2022 ballot,” said Campaign Director Michelle Tilley in a press release.

Last week, the initiative to legalize adult use in Oklahoma was certified by the secretary of state’s office and is now heading to the state Supreme Court for the signature count. Oklahomans for Sensible Marijuana Laws (OSML) turned in over 164,000 signatures in July, which is far more than the approximately 95,000 they need to qualify State Question 820 for the ballot.

“It appears the Court is giving itself the opportunity to order State Question 820 on the ballot if we survive the protest period,” Michelle Tilley added.

“We are confident that our more than 117,000 valid signatures will pass the 10-day protest period and are optimistic the Oklahoma Supreme Court will order State Question 820 on the ballot for the 2022 general election,” she concluded.

Moreover, State Question 820 is the only cannabis legalization initiative to secure enough valid signatures to appear on Oklahomans’ ballots this midterm.

“We are grateful for the Justices’ thoughtfulness and expediency adjudicating this urgent matter, in accordance with Article V, Section 3 of the Oklahoma Constitution,” said Senior Campaign Advisor Ryan Kiesel. “We will follow the remaining process laid out in the law, as we always have.”
“The campaign is confident —after multiple internal audits, and the Secretary of State’s official report validating the signature count— that it will survive any frivolous challenges,” reads a press release.

If the campaign is approved by voters, the initiative will safely legalize, regulate, and tax recreational marijuana for adults 21 and over in the state. Also, It will generate state revenue for essential priorities, including schools, health care, and local governments. Finally, it will regulate the industry to protect public health and safety.
Photo: Courtesy of Raychel Sanner On Unsplash