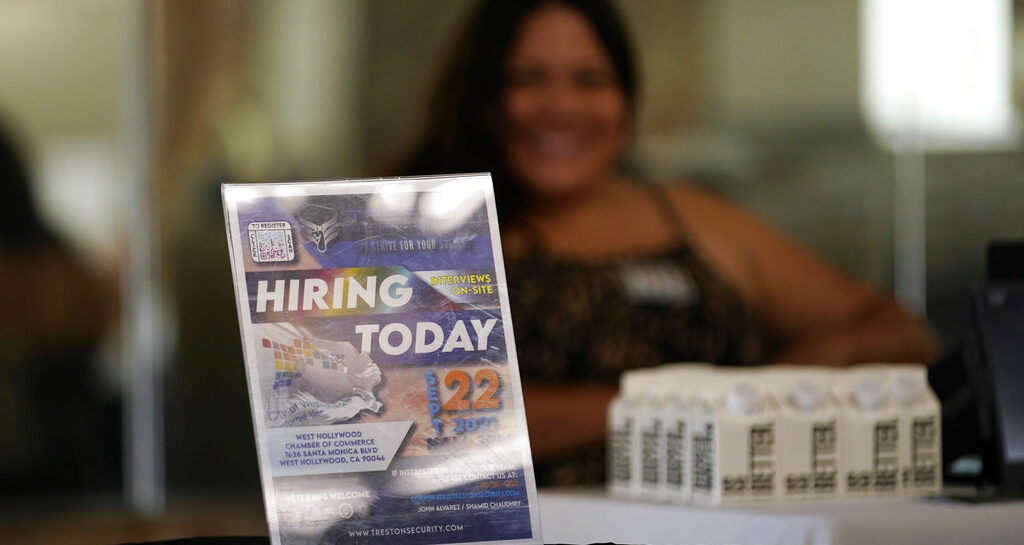 The number of open jobs in the United States rose in July after three months of declines, a sign that employers are still urgently seeking workers despite slowing economic growth and high inflation.

The increase that the government reported Tuesday will be a disappointment for Federal Reserve officials, who are seeking to cool hiring by raising short-term interest rates to try to slow borrowing and spending, which tend to fuel inflation.

There were 11.2 million open jobs available on the last day of July — nearly two jobs, on average, for every unemployed person — up from 11 million in June. June’s figure was also revised sharply higher.

Openings had reached a record level of 11.9 million in March. Before the pandemic, they had never topped 8 million.

The latest figures suggest that demand for workers remains hot. On Friday, the government will release its monthly jobs report, which is expected to show that 300,000 jobs were added, a slowdown from the previous month when hiring topped a half-million, but still a healthy number.

Fed Chair Jerome Powell and other policymakers have said they hope to reduce the number of open jobs without causing higher unemployment. Other economists have argued that such an outcome is unlikely.