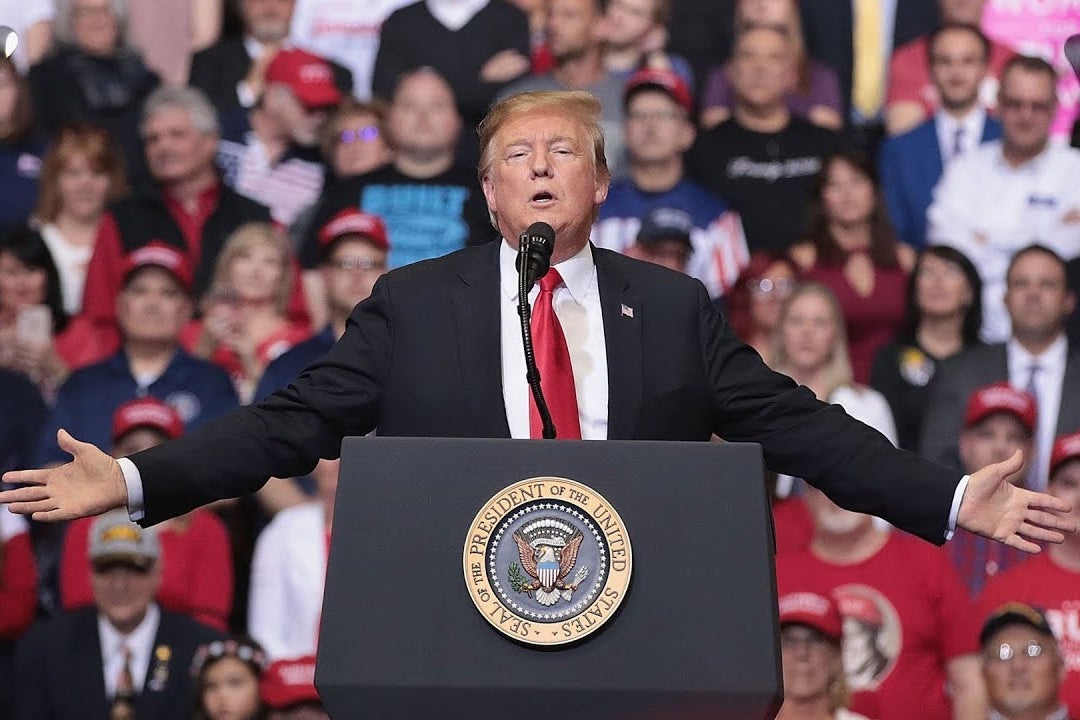 In case you were enjoying the last days of summer over the long Labor Day weekend and missed the Saturday MAGA rally in Pennsylvania, here’s an update you might find either frightening or hilarious.

Donald Trump once again called for drug dealers to receive the death penalty, despite having pardoned several people convicted of selling drugs before he left office.

Trump Is On The Warpath

In his first rally appearance since the FBI Mar-a-Lago raid on August 8, (which apparently did little to calm his penchant for menacing speeches), Trump criticized the FBI, the Department of Justice, President Joe Biden, whom he called an “enemy of the state,” PA Lieutenant Gov John Fetterman, deadly drug dealers, badly dressed senate candidates and, well, the list is long. Suffice it to say, Trump is on the warpath.

“Under Democrat control, the streets of our great cities are drenched in the blood of innocent victims,” Trump said, adding that drug dealers were responsible for killing hundreds of people every year.

Trump said he was calling for drug dealers to receive capital punishment, which he claimed would “reduce drug distribution in our country on day one by 75%” and save millions of lives.

Trump Saved His Best Vitriol And Baseless Accusations For Fetterman

One of the most unhinged parts of the rally speech came when Trump blasted US Senate candidate John Fetterman (D) for dressing in “dirty, dirty, dirty sweatsuits and may dress like a teenager getting high in his parent’s basement,” who also “supports taxpayer-funded drug dens and the complete decriminalization of illegal drugs, including heroin, cocaine, crystal meth and ultra-lethal fentanyl, and by the way, he takes them himself.”

A spokesman for Fetterman’s campaign ridiculed Trump and his new BFF Dr. Oz (R) who is running against Fetterman in the Senate race, for smearing his boss as a user of hard drugs.

Joe Calvello told The Independent that the Trump remark was “the same crap from these two desperate and sad dudes.”

In an email to supporters and journalists, Fetterman said, “I mean, Trump literally called me a ‘raging lunatic’ and said I would ‘bring death and destruction to PA.

“Yeahhh…Okay,” Fetterman said. “You really can’t make this sh*t up.”