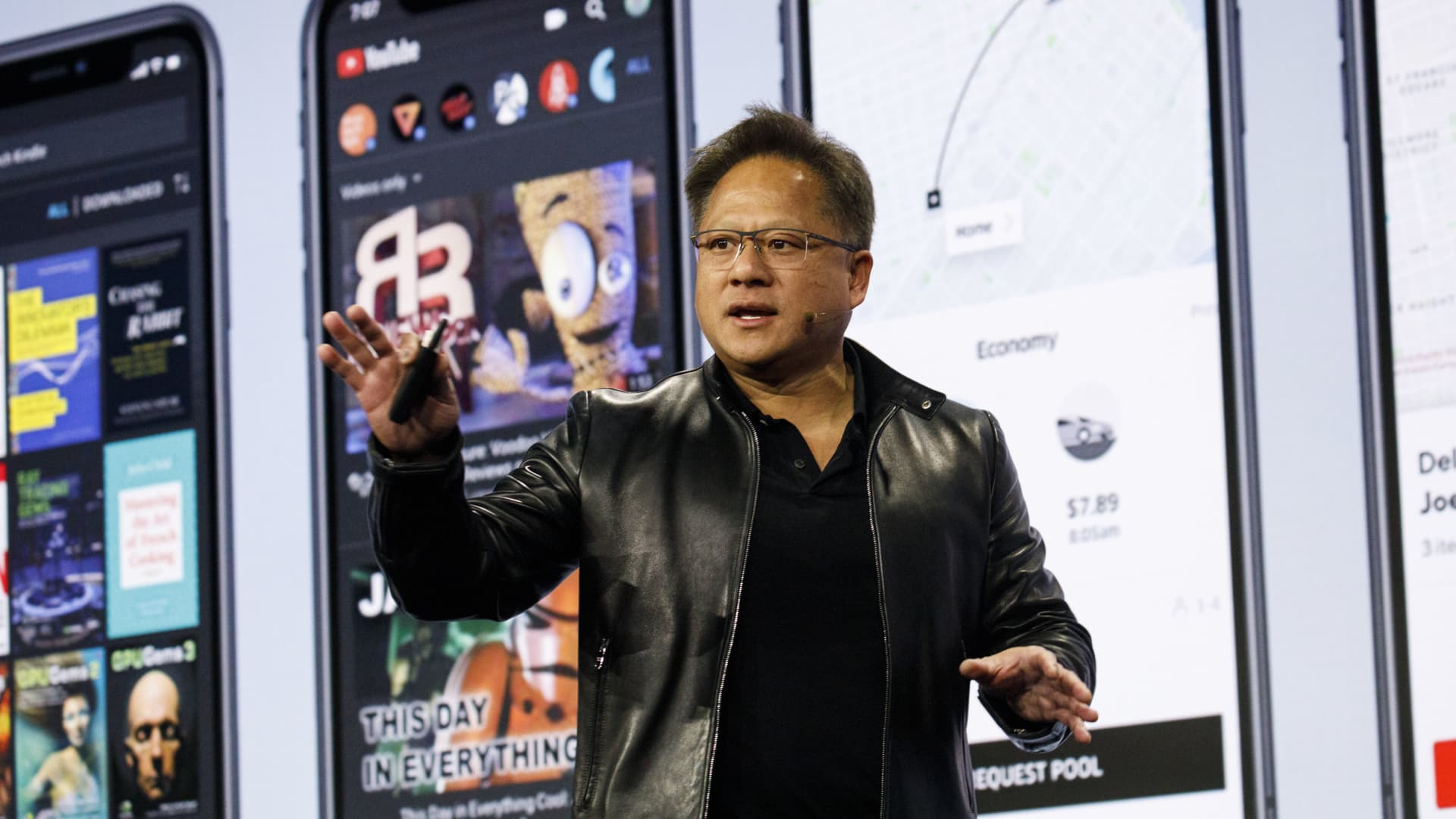 The report is in line with Nvidia’s preliminary earnings two weeks ago. The chipmaker warned that it would miss Wall Street estimates and that growth had slowed significantly because of disappointing gaming sales driven by macroeconomic conditions. It also warned its gross margin would drop.

Nvidia missed on revenue but Refinitiv estimates didn’t change after the company warned on guidance and said it expected to report $6.7 billion in the quarter. Nvidia stock fell over 4% in extended trading.

Here’s how Nvidia did versus Refinitiv consensus estimates:

The chipmaker said it expected $5.9 billion in sales in its fiscal third quarter, versus Refinitiv consensus estimates of $6.95 billion.

Nvidia’s gaming department revenue was down 33% year-over-year to $2.04 billion, which was a sharper decline than the company anticipated. Nvidia said that the miss was because of lower sales of its gaming products, which are primarily graphics cards for PCs.

“Macroeconomic headwinds across the world drove a sudden slowdown in consumer demand” for the company’s gaming products, Nvidia CFO Colette Kress said on a call with analysts.

Nvidia said it would adjust prices with its retailers to address “challenging market conditions” for the industry that it said it expected to persist through the current quarter.

The company’s data center business did slightly better. It rose 61% on an annual basis to $3.8 billion, driven by what the company calls “hyperscale” customers, which are big cloud providers.

Nvidia also has a few smaller lines of business. Its professional visualization business, which sells graphics chips for enterprise uses, declined 4% annually to $496 million. Automotive remains small, although it increased 45% year-over-year to $220 million. Nvidia said that revenue from its dedicated cryptocurrency mining chips, CMP, was “nominal,” contributing to a 66% annual decrease in its OEM and other category.

Nvidia stock is down over 42% so far since the beginning of the year. It had been a pandemic darling, rising heavily as work-from-home prompted purchases of graphics cards and server chips, supercharging Nvidia’s business and driving 61% revenue growth in fiscal 2022.

In May, Nvidia said it would slow its pace of hiring in the face of macroeconomic challenges.

Nvidia’s success in the past two years has been largely attributed to the quality of its latest generation of graphics cards, which were in hot demand for PC gaming during the pandemic.

But questions remain about whether Nvidia’s growth was partially driven by cryptocurrency miners, who like Nvidia’s graphics cards because they are efficient at mining Ethereum.

“Volatility in the cryptocurrency market – such as declines in cryptocurrency prices or changes in method of verifying transactions, including proof of work or proof of stake – has in the past impacted, and can in the future impact, demand for our products and our ability to accurately estimate it,” CFO Kress said in a statement.

“We are unable to accurately quantify the extent to which reduced cryptocurrency mining contributed to the decline in Gaming demand,” Kress continued.