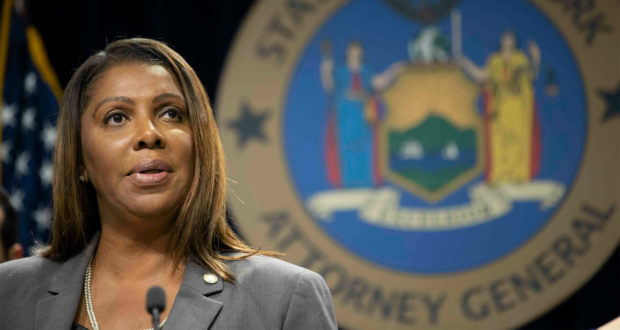 Three Long Island real estate brokerage firms will spend more than $115,000 and beef up fair housing training in a settlement over allegations of discrimination by some of their sales agents.

Agents at the three firms, Keller Williams Greater Nassau, Keller Williams Realty Elite and Laffey Real Estate, were subjects of an investigation by the New York State Office of the Attorney General and the Department of State, which determined that they steered prospective homebuyers of color away from white neighborhoods and subjected them to different requirements than white homebuyers, and otherwise engaged in biased behavior, according to a statement from Attorney General Letitia James.

In some cases, agents were recorded showing preferential treatment to white homebuyers, disparaging neighborhoods of color, and directing homebuyers of color to homes in neighborhoods where residents predominantly belonged to communities of color, the AG says.

“Efforts to discriminate against any New Yorker’s fair access to housing cannot, and will not, be tolerated,” James said in the statement. “These investigations have uncovered a pervasive culture of allowing unlawful discrimination and violations of every New Yorker’s right to fair housing. These settlements should send a clear message: if you discriminate and deny New Yorkers their basic right to housing, we will take action. I thank Governor Kathy Hochul and her administration for helping address these unacceptable housing discrimination practices on Long Island and throughout our great state.”

The investigation, launched by the AG’s office in 2019, involved review of two paired tests conducted on Laffey agents, one in the firm’s Huntington office and another in Great Neck. In Huntington, the Laffey agent was found to have required a potential black homebuyer to obtain a preapproval letter from a mortgage lender before he was shown a home, while the same standard was not applied to a white homebuyer, according to the statement.

A Laffey agent in Great Neck lectured a Hispanic potential homebuyer about his finances, suggesting that he limit his search to an area he could afford without any insight into his financial situation. The same agent did not give the affordability lecture to a white homebuyer looking for homes in the same neighborhood and instead steered him towards neighborhoods that were less diverse, allegedly stating, “Do you want your kids to be in school with kids that they relate to?”

The AG concluded that the three brokerage firms violated the Fair Housing Act and the New York State Human Rights Law and an investigation into another real estate brokerage is ongoing. The DOS has taken action against individual licensed agents, which included the revocation of a license belonging to a former Keller Williams agent and imposed a fine against an individual former Keller Williams agent. Several DOS investigations into Laffey and its agents also remain pending, the AG says.

As part of the settlement announced Tuesday, Laffey is required to pay $30,000 to the state and $35,000 to Suffolk County to conduct unannounced fair housing testing of any of its agents at any of its offices. The company must create an online complaint form for potential buyers and sellers to report any potential instances of discrimination, and the firm is required to provide quarterly fair housing training to all of its agents.

The two Keller Williams brokerages are required to pay $25,000 to Suffolk County to promote enforcement of and compliance with fair housing laws.The firms must also spend up to $25,000 on fair housing courses and training for its agents.

Both Keller Williams brokerages explicitly deny the allegations made by the AG and DOS and nothing in the settlement agreement constitutes an admission to the government’s findings. In its settlement, Laffey neither admits nor denies the AG’s findings.