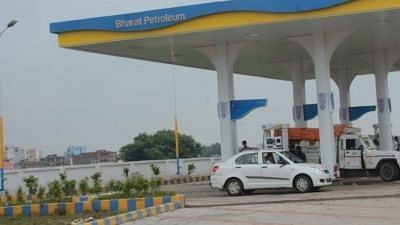 The oil marketer reported a net loss of Rs 6,148 crore in the quarter ended June compared with a profit of Rs 2,560.4 crore in the preceding three months, according to its exchange filing. The consensus estimate of analysts tracked by Bloomberg was loss of Rs 4,640.7 crore.

Revenue from operations for the quarter rose 12% sequentially to over Rs 1.38 lakh crore on higher sales.

The other income for first quarter almost halved to Rs 329.3 crore compared with Rs 602.1 crore in the preceding three months.

Other expenses included Rs 966 crore on account of foreign exchange loss in the first quarter compared with Rs 47.82 crore loss a year earlier.

Vetsa Ramakrishna Gupta, director (finance) of BPCL, said, “Our refineries have performed exceptionally well supported by robust international cracks of petroleum products.” This resulted in GRM moving up to $27.51 per barrel in the first quarter, he said.

However, despite robust GRM’s, the company reported a net loss in the first quarter due to heavy losses in marketing business. Pursuant to Ministry of Corporate Affairs order, Bina refinery (erstwhile Bharat Oman Refineries Ltd.) was also amalgamated with BPCL. The financial performance of Bina refinery has also been included in BPCL with effect from July 1, 2021, Gupta said.