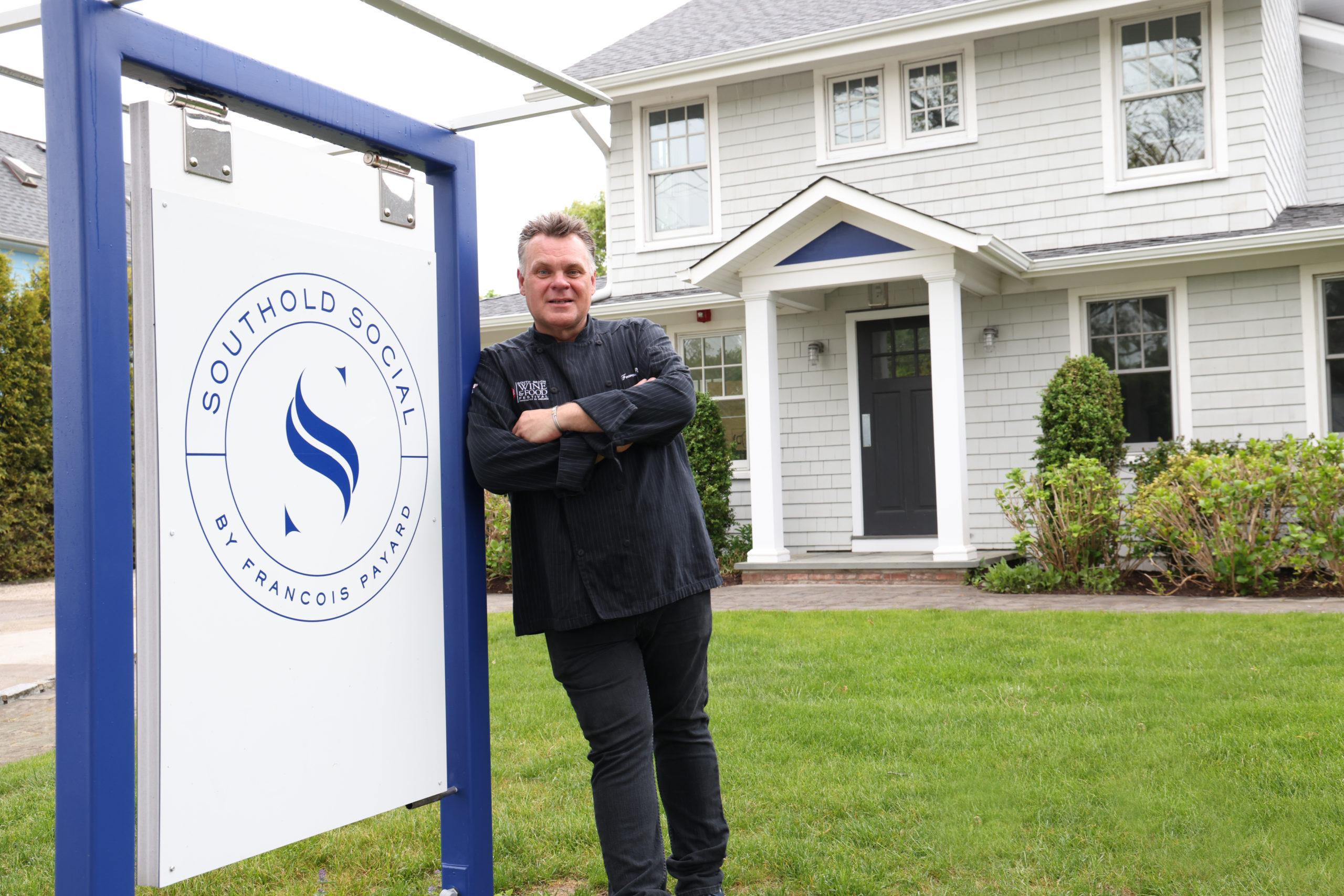 There’s a new bistro in Southold.

The beverage menu will be overseen by restaurateur and wine connoisseur François Latapie of Little Frog.

The restaurant is adorned with original wood beams and teak floors. It comprises a dining room, bar, tented outdoor patio and a 38-seat private dining space.

Payard is a third-generation chef who honed his skills by his family’s side and at La Tour d’Argent in Paris. He then moved to New York where he worked at Le Bernardin as well as Restaurant Daniel, where he received a James Beard award. He later opened the François Payard Patisserie & Bistro.

He has won numerous awards, including the “Ordre du Mérite Agricole” by the French Government, the Dom Perignon Award of Excellence as well as “Pastry Chef of the Year” by Bon Appétit.

The restaurant is located at 56125 Main Road (Cottage Place) in Southold.