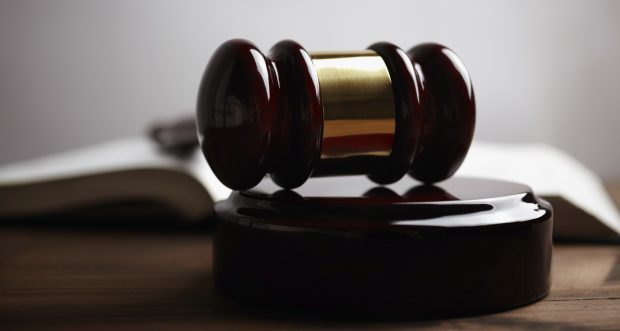 “We will not relent in holding those who steal the property of others accountable,” Tierney said in a statement.

“Not only did this defendant and her alleged accomplices go into a retail store and brazenly take items off the shelves, they put the safety of others at risk in their attempts to flee from law enforcement. This could have ended tragically,” he added.

Davis was arrested after she and four others were captured on surveillance video on March 3 allegedly stealing the nearly $94,000 worth of handbags from the luxury retail store, officials said.

The video shows that at about 1:30 p.m., an unidentified woman, who remains at large, entered Balenciaga donning a pink ski-type mask over her face and sunglasses. Prosecutors say she appeared to be on her cell phone and walked around the store, perusing the handbags. After a short time, she allegedly asked a store employee to check if it had a shoe in a particular size.

While the employee looked for the shoes, three males and Davis, all masked, are alleged to have rushed into the store and hurriedly began taking luxury handbags from the shelves. After taking several bags each, all five individuals ran out of the store. They then got into a Dodge Durango and fled, officials said.

The trooper pursued the Durango as it got off of Sunrise at Exit 62 and headed north on Route 111. That pursuit also had to be terminated because of safety concerns as the Durango was traveling at speeds in excess of 100 miles per hour and was observed veering into oncoming traffic lanes, officials said.

The trooper saw the Durango heading westbound on the LIE with smoke coming out of the rear of the vehicle. He followed the vehicle from a safe distance and observed it exit the LIE at Exit 69.

The trooper then observed the subjects exit the Durango. Three of them ran toward a wooded area just north of their location while two subjects remained at the vehicle.

Ultimately, the three males were charged with second-degree grand larceny and seventh degree criminal possession of a controlled substance and remain in custody. One woman has yet to be identified.

Davis is due back for sentencing on Sept. 23.