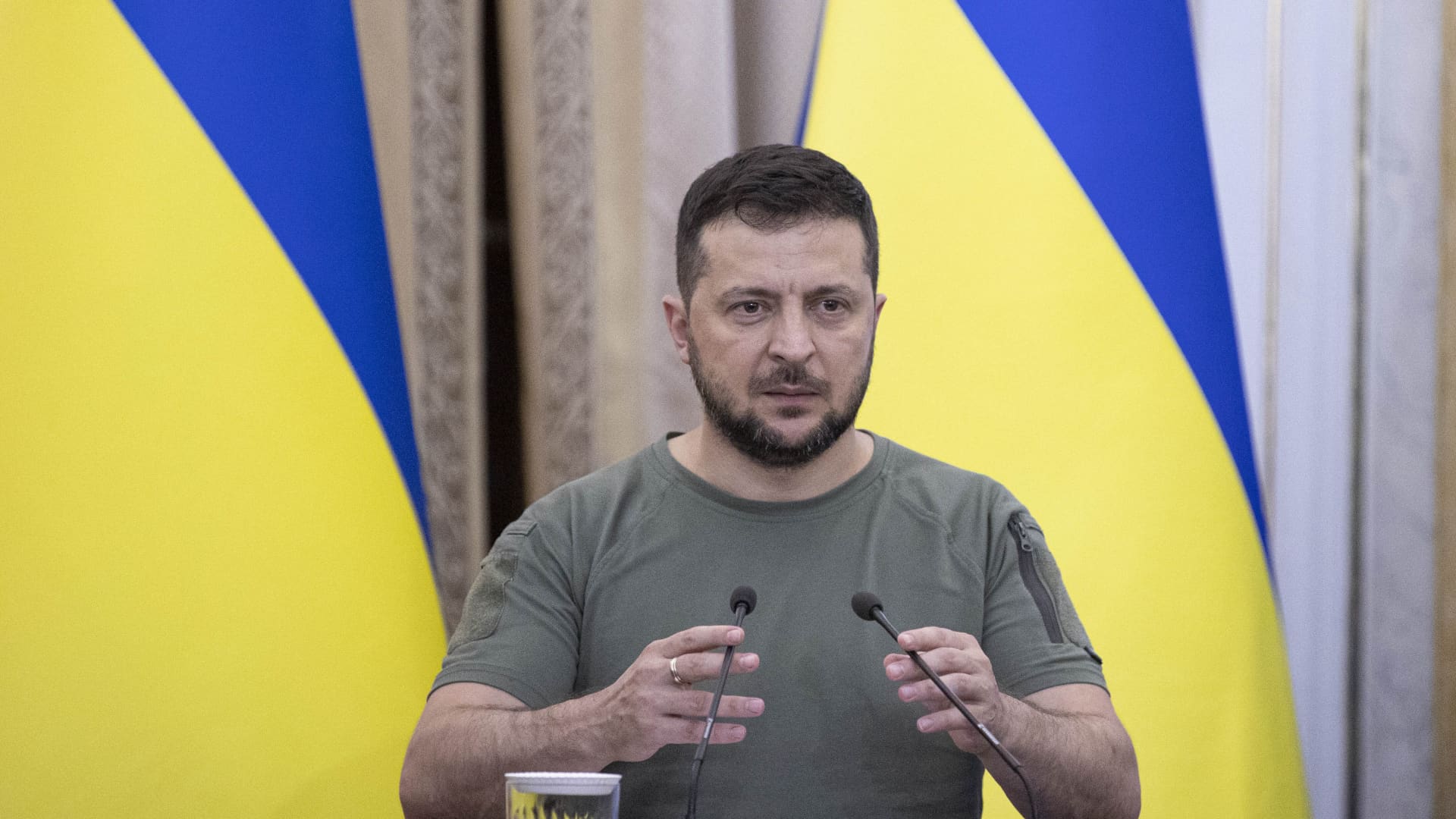 Ukraine’s President Volodymyr Zelenskyy has warned that Russia could do something “particularly cruel” as Ukraine prepares to celebrate Independence Day on Aug. 24 — a day that also marks six months of Moscow’s invasion.

Ukraine’s president has warned that Russia could do something “particularly cruel” as Ukraine prepares to celebrate Independence Day on Wednesday — a day that also marks six months of Moscow’s invasion.

In his nightly address on Saturday, President Volodymyr Zelenskyy called on Ukrainians to be strong and to keep fighting, as the country prepared to mark its independence from Soviet rule on Aug. 24.

He charged that one of Russia’s key aims is “to devalue our capabilities” and spread despair, fear and conflicts.

“Therefore, it is important never, for a single moment, to give in to this enemy pressure, not to wind oneself up, not to show weakness.”

Ukraine will be celebrating its 31st Independence Day on Wednesday — which marks six months since Russia’s unprovoked invasion, referred to by Moscow as a “special military operation.”

“A significant milestone is ahead – six months of this full-scale invasion,” Zelenskyy said in his video message, calling it “the war that changed everything for Ukraine, for Europe, and for the world.”

According to the United Nations Human Rights Office, more than 5,500 civilians in Ukraine have been killed and nearly 7,700 civilians injured from the start of the war to Aug. 15.

“Most of the civilian casualties recorded were caused by the use of explosive weapons with wide area effects, including shelling from heavy artillery, multiple launch rocket systems, missiles and air strikes,” according to the Office of the United Nations High Commissioner for Human Rights.

Both Russia and Ukraine have repeatedly accused each other of shelling the power plant.

NBC News reported that the headquarters of Russia’s Black Sea fleet in annexed-Crimea was struck by a drone early Saturday.

Russia’s Black Sea Fleet headquarters is located in Sevatsopol, Crimea, which was annexed by Moscow in 2014.

“A drone flew to the roof,” the Russian-appointed governor of occupied Crimea, Mikhail Razvozhayev, said on Telegram.

NBC News was not able to independently verify pictures and a video posted online that appeared to show a plume of smoke billowing from the fleet’s headquarters.