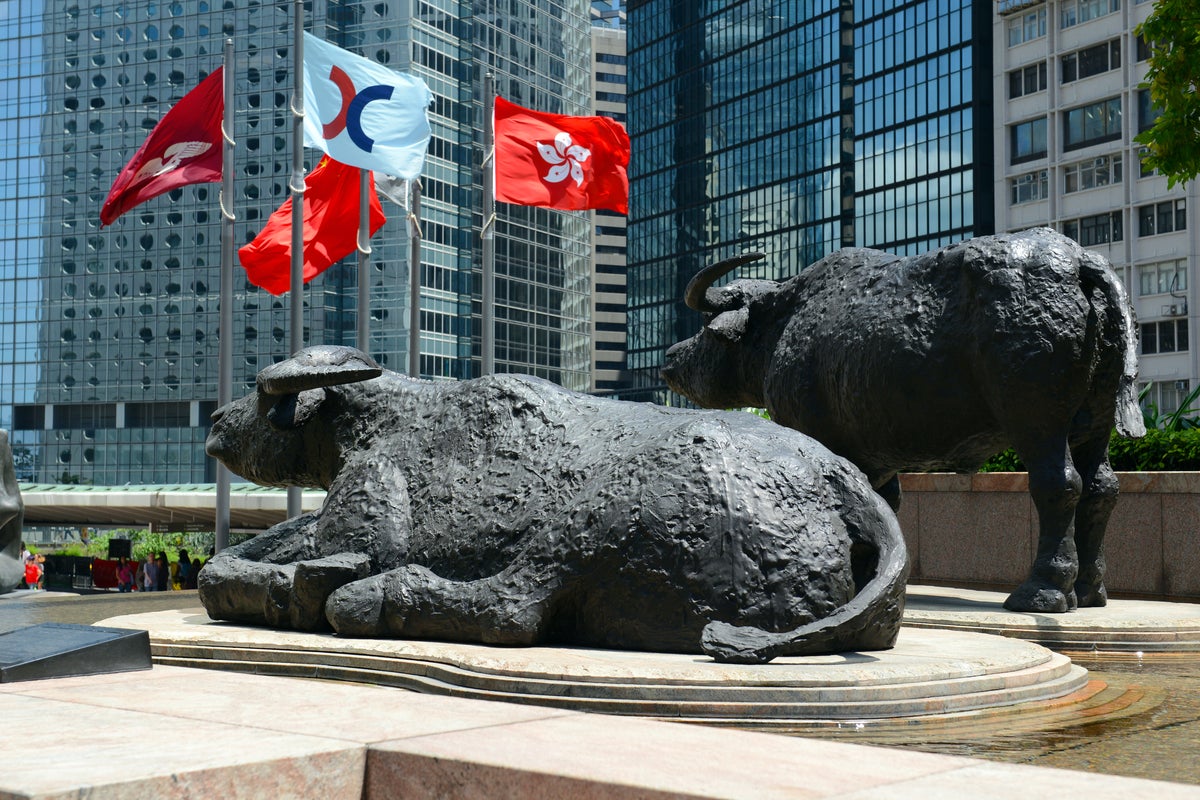 Hong Kong shares showed a bit of resilience at the open on Monday, with the benchmark Hang Seng Index falling just 1%, despite a significant plunge in all major U.S. indices on Friday driven by Federal Reserve Chair Jerome Powell’s comments on the economic outlook.

Powell’s testimony indicated higher interest rates may persist for some time with the Fed Chair stating that another unusually large hike could be appropriate at the next FOMC meeting.

Macro News: Profits at Chinese industrial firms fell 1.1% in the January-to-July period from a year earlier, dragged by a sluggish economy and a weak property sector, Bloomberg reported, citing the National Bureau of Statistics. The figure stood at 0.8% in June, it said.

China’s military stated on Sunday it was monitoring U.S. Navy vessels passing through the Taiwan Strait, maintaining a high alert and ready to take on any provocations, reported Reuters.

The U.S. Navy said guided-missile cruisers did a “routine Taiwan Strait transit” on Sunday, in line with international law, as per the report.

Nio has commenced its first deliveries of ES7 in multiple cities across China, reported CnEVPost.

Global News: U.S. futures continued to trade lower on Monday morning Asia session after getting hammered on Friday following Powell’s speech. The Dow Jones futures were down 0.87%, while Nasdaq futures lost 1.56%. The S&P 500 futures were down 1.13%.