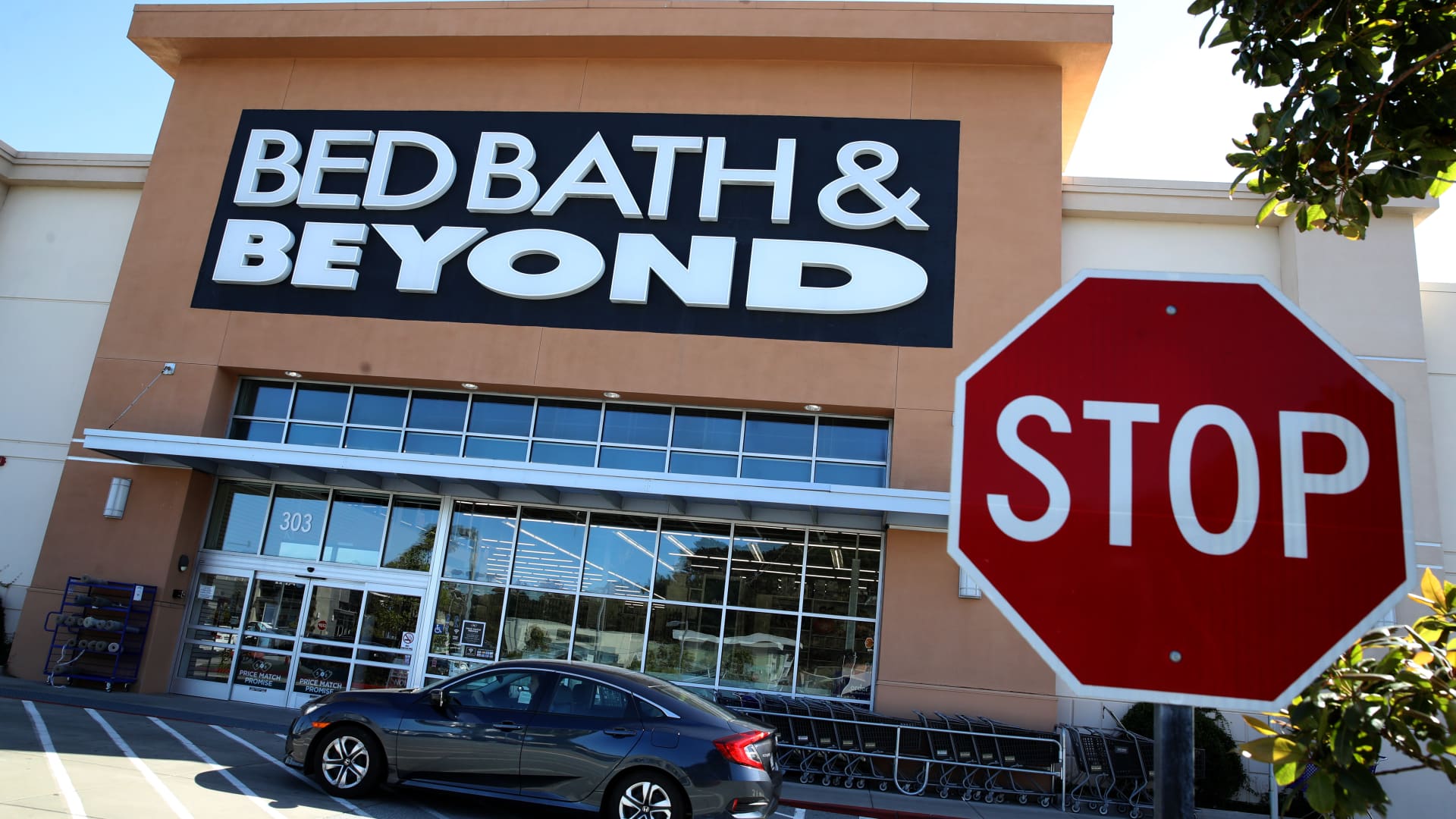 A view of a Bed Bath and Beyond store in Daly City, California.

Shares of Bed Bath & Beyond jumped nearly 60% on Monday as meme traders seemed to be betting on the stock despite any apparent catalyst for the move.

The heavily shorted stock, which has tumbled more than 44% this year, was the most searched name on the WallStreetBets discussion board on Monday according to Quiver Quantitative, where users under a pinned thread titled “GME, BBBY and AMC Memestock Megathread for Monday August 8th, 2022” appeared to be buying up shares of the retail stock.

One user said they “took out a 27k loan, went all in on BBY,” which a group moderator seemed to confirm. Another user (TheDude0007) alleged to have capitalized on the BBBY spike, turning $45,000 into almost $450,000 using common stock and call options.

Bed Bath & Beyond has been a part of the meme stock craze that has hit Wall Street in recent years and driven names like GameStop and AMC Entertainment higher as investors bought up shares and forced short sellers to attempt to cover their losses, creating what’s known as a “short squeeze.” According to data from FactSet, a whopping 46% of the stock’s float is sold short.

As many retailers cope with inflation-wary consumers and excess inventory, Bed Bath & Beyond has struggled to reverse declining sales, fix its merchandising strategy and gain back customers who have fled to its competitors — all while searching for a new leader after the board announced in late June that its CEO Mark Tritton had left the company.

At the same time, the Union, N.J.-based home goods retailer has also been burning through cash as its net losses grow. While the company has not provided a forecast, it said it expects same-store sales trends to improve after plummeting 24% year-over-year in the quarter ended May 28.

Shares of GameStop and AMC rose more than 7% and 12%, respectively.