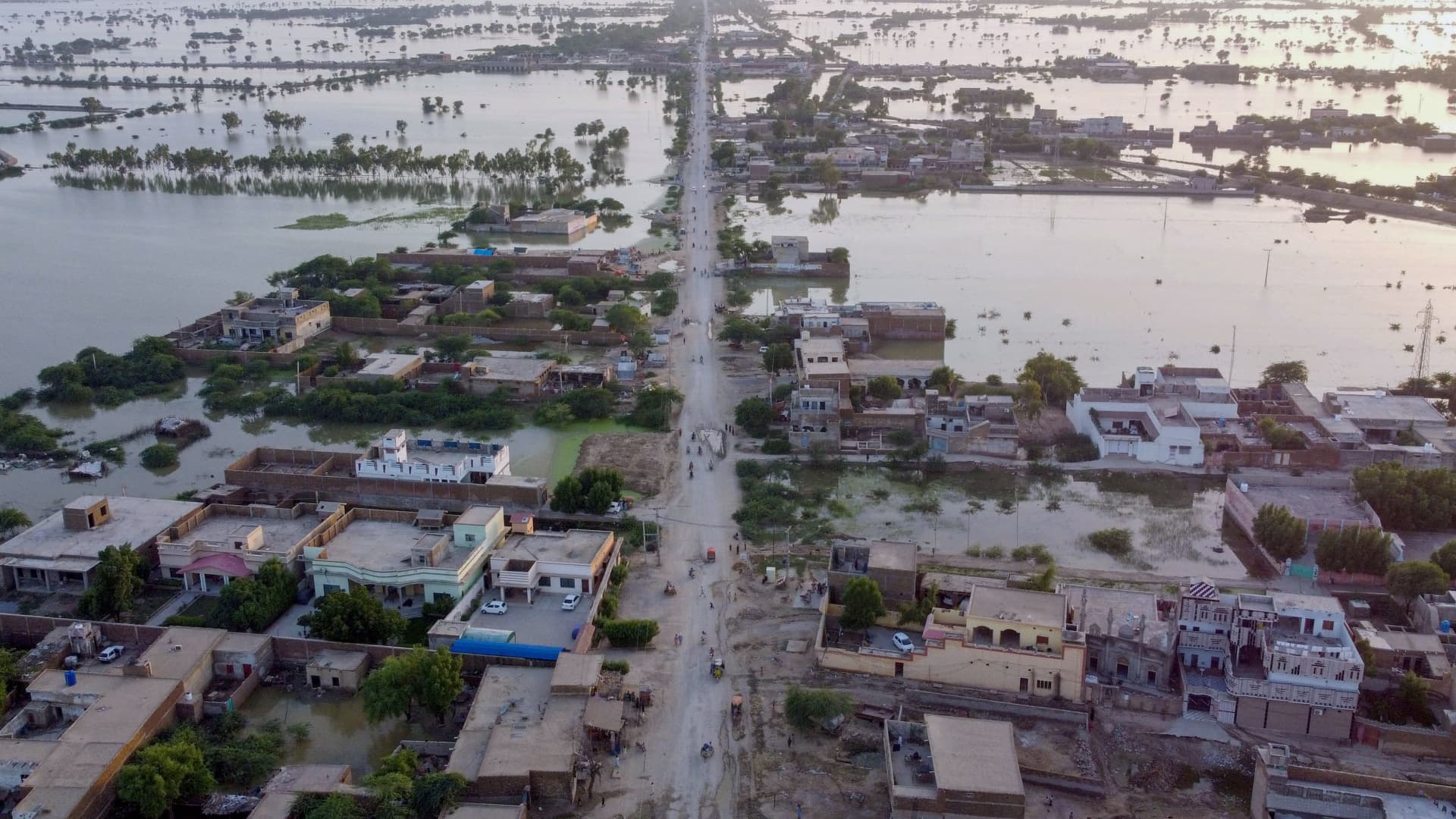 Pakistan is facing the worst consequences of the climate crisis thanks in part to the actions of the developed world, Finance Minister Miftah Ismail said, as the country battles the worst floods in its history.

“Pakistan is one of the worst-affected countries by climate change. We have, as you know, a very, very small carbon footprint, we don’t really produce carbon dioxide and other harmful gases,” Ismail told CNBC’s “Street Signs Asia” on Monday.

“Pakistan has to face the climate crisis and the world has to wake up to this reality that a poor country like Pakistan, which is not producing any carbon dioxide, which is not contributing to the greenhouse effect, is actually suffering the worst.”

Developed nations must make the transitions and follow through on the pledges they have made at COP, from Paris to now.

Damage from the devastating floods is set to hit $10 billion, according to the Pakistani government, and has already killed more than 1,300 people, and destroyed 1.2 million homes, official data shows.

Thirty-three million people are affected by the floods, which started with the arrival of the monsoon in late June. More than a third of the country is under water.

Ismail said while more financial aid from the international community is welcome, what it needs to do now is to get serious about tackling climate change.

“What is it the world can do to mitigate this right now, the situation in Pakistan?” Ismail said.

“I think that one has to come together right now and think about climate change and the effect on developing countries.” 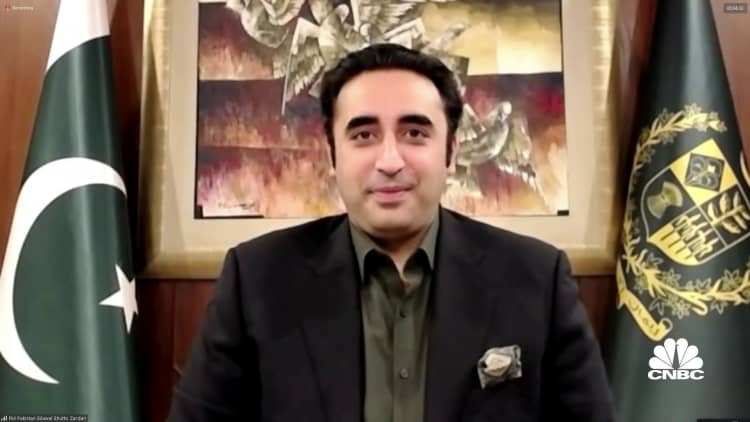 The United Nations, in launching a $160 million emergency plan to aid Pakistan last week, described the floods as “the footprint of climate change,” which is “becoming more extreme.” The country experienced an unprecedented heat wave in March and April, before the “pendulum” swung to floods, the U.N.’s World Meteorological Organization said.

“Global warming is not generated by Pakistan at all. And global warming leads to heatwaves, flooding, glacial melt. Developed nations must make the transitions and follow through on the pledges they have made at COP, from Paris to now,” she said on her official Twitter account.

International organizations have echoed both Ismail and Rehman’s sentiments.

Amnesty International said in a statement that the floods are a “reminder to wealthy countries to remedy unfettered climate change.”

Luke Harrington, a senior lecturer in climate change at New Zealand’s University of Waikato, warned that flood risks in Pakistan will worsen over the coming decades.

Floods in Pakistan in 2010 — the last time extreme floods hit Pakistan — and this year were caused by the same combination of heavily meandering jet streams, tropical oceans being locked in a certain phase, and elevated temperatures in the Arabian Sea, Harrington told CNBC on Monday.

Residential areas flooded after heavy monsoon rain in Pakistan’s Jaffarabad district, Balochistan province, earlier this month. “Impactful levels of monsoon rainfall will occur more often in a world which is warmer than today,” one analyst said.

“There is strong evidence to suggest this confluence of ingredients will recur more often in a warming world,” he said.

“We also know that the same storm systems would produce less rain if atmospheric carbon dioxide concentrations were fixed at pre-industrial levels.”

“Thus, we know that impactful levels of monsoon rainfall will occur more often in a world which is warmer than today.”

The role that climate change has played in Pakistan’s latest crisis is not, however, straightforward, according to some analysts.

In its latest assessment, the Intergovernmental Panel on Climate Change, a body of the United Nations, said the extent to which “human influence” — through factors such as emissions — has contributed to weather changes globally has increased since its last assessment in 2014.

However, while the panel said Pakistan and South Asia more broadly have had increased rainfall, it expressed low confidence in evidence that human activity contributed to the creation of extreme events in the region.

Andrew King, senior lecturer in climate science at the University of Melbourne, also said it’s hard to quantify the role of climate change in the floods, but added that it’s likely that “human-caused climate change” intensified the rainfall that led to them.

“We know that extreme rainfall events in this area have become more intense and as the planet warms we expect that trend to continue,” he said.

The floods come as a heavy blow to Pakistanis, who face a loss of crops and worsening inflation, Ismail added.

Ismail said the floods have hit not only the current batch of crops, including cotton, but could hurt future supplies, such as those of wheat, if the ground does not dry up quickly. In addition to cotton, he added, most of Pakistan’s onion and chili crops have been destroyed.

“But the problem is that the wheat planting season comes in a couple of months. In fact, it’s in less than a month. And if the ground is not dry, wheat cannot be planted.”

“And if you’re not able to get a wheat crop how are we going to feed the  population? We are already importing wheat.”