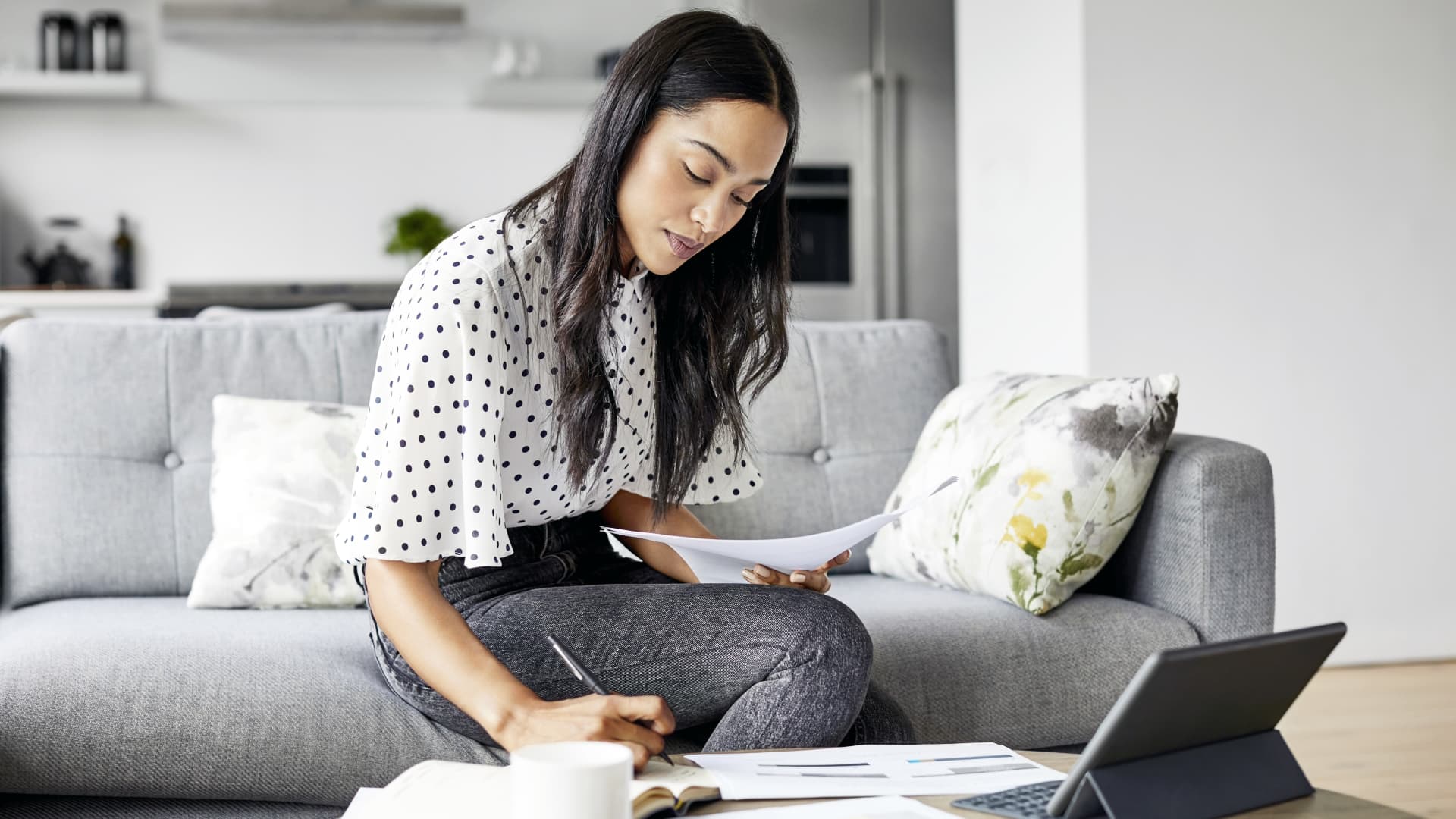 Many investors worry a recession is coming amid rising interest rates, high inflation and stock market volatility. But the majority haven’t changed their portfolios, according to research from Fidelity Investments.

Only 5% of 401(k) and 403(b) investors shifted asset allocations during the second quarter of 2022, the report found, slightly lower than the 5.3% who made changes the quarter prior.

Among the savers who made adjustments, the majority of investors only made one, with the top change involving shifts to more conservative assets, the findings show.

It’s not surprising, since many 401(k) investors use so-called target-date funds, a “set it and forget it” option that automatically and gradually shifts the investor’s allocation to more conservative assets as they approach retirement. These changes aren’t part of the 5% Fidelity noted, since the fund makes the adjustments.

However, if you want your portfolio to reflect concerns around the economy, here are some options to consider.

Consider a shift to commodities

While there may be limited options to hedge inflation in a 401(k) plan, investors may have more choices in other accounts, said certified financial planner Bill Brancaccio, co-owner of Rightirement Wealth Partners in Harrison, New York.

His firm began shifting client portfolios last summer, expecting higher inflation with the possibility of rising interest rates. “You have to make changes before the train leaves the station,” he said.

If we’re going to have persistent inflation, commodities are a really good hedge against that.

A “broad basket of commodities,” including energy, materials and metals, typically 3% to 10% of the overall portfolio, has been a good addition, he said.

“If we’re going to have persistent inflation, commodities are a really good hedge against that,” he added, noting the assets may also perform well as interest rates rise.

How to position your bond allocations

While many advisors built portfolios to withstand volatility, do-it-yourself investors may still have room for improvement, said CFP Anthony Watson, founder and president of Thrive Retirement Specialists in Dearborn, Michigan.

For example, you’ll want to consider your bonds’ so-called duration, which measures sensitivity to interest rate changes. Expressed in years, duration factors in the coupon, time to maturity and yield paid through the term.

“You want to make sure that your bonds are lower in duration,” because when interest rates are rising, you can reinvest the proceeds sooner to earn more, Watson said.

And you’ll want to make sure there’s “high-quality bond exposure,” including so-called investment-grade bonds, he said, which are generally lower risk because the issuer is less likely to default.