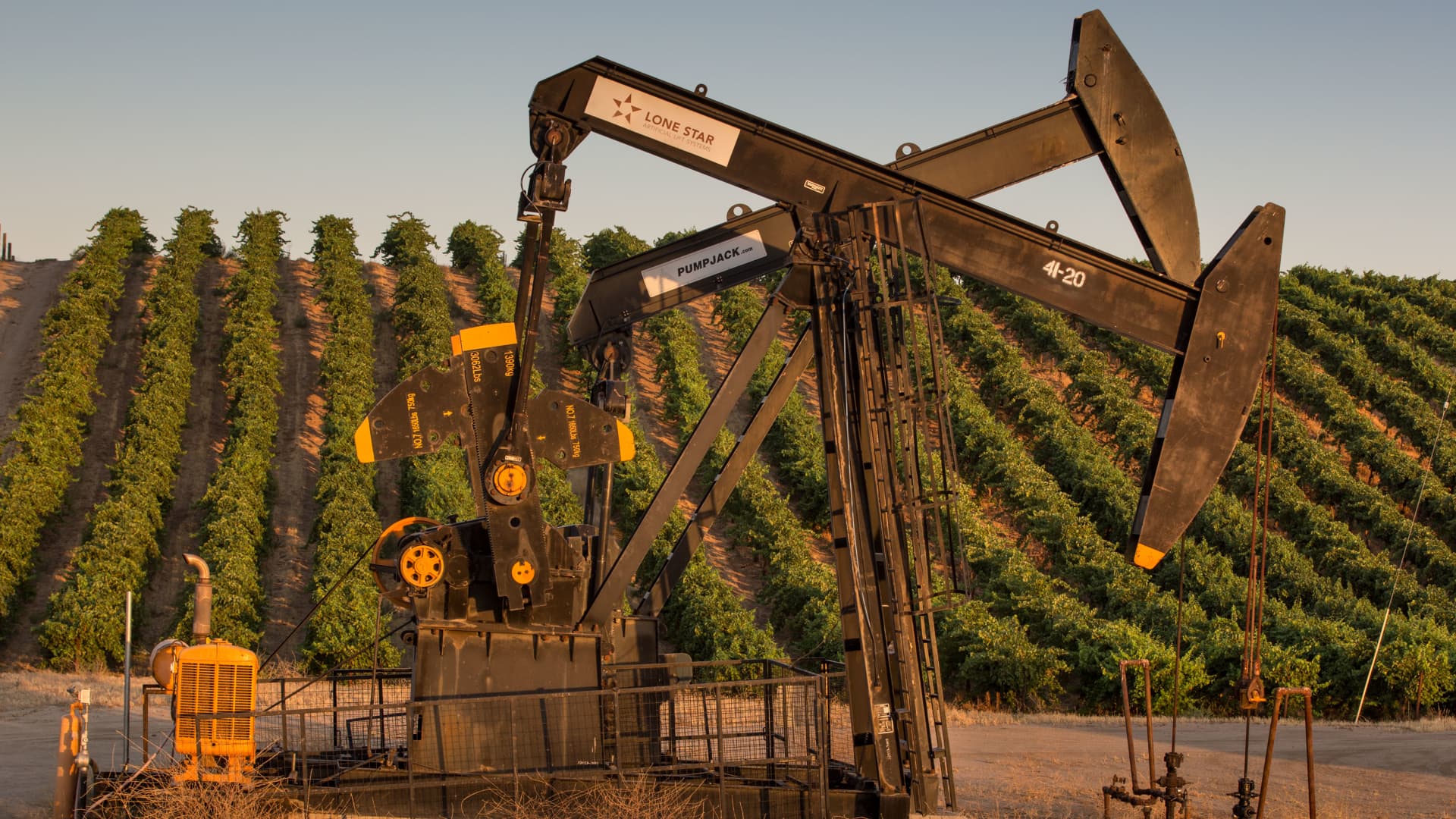 Soaring oil and gas prices have boosted energy companies’ operations, with upstream players pacing for record-setting free cash flows. According to a new report from Deloitte, producers are on track to report free cash flows of as much as $1.4 trillion this year. Should commodity prices remain elevated, the firm said the U.S. shale industry could potentially become debt-free by early 2024, overcoming the decade-long loss of $300 billion. “The oil and gas industry has faced real disruption over the past few years, some of which originated long before the Covid-19 pandemic began to make its impact,” Amy Chronis, vice chair, U.S. oil, gas and chemicals at Deloitte, said in a statement. “However, the unexpected result of this volatility is that the industry seems to be in a relatively strong position,” she added. Oil prices have been on a roller-coaster ride since Russia invaded Ukraine at the end of February. In March, West Texas Intermediate crude , the U.S. oil benchmark, spiked above $130 per barrel for the first time since 2008. It has since retreated significantly, dropping below $100 and trading around $93 per barrel on Friday. Still, the contract is up 23% for the year, and up 35% over the past year. It marks a stark turnaround from 2020, when the pandemic sapped demand for oil and petroleum products, sending WTI tumbling into negative territory for the first time on record. U.S. natural gas , meantime, topped $10 per million British thermal units this week for the first time since 2008. Energy stocks were the only group that ended the week in the green, but the sector is still about 10% below the multiyear high it hit on June 8. The same recession fears that have weighed on the broader market have also sent energy equities tumbling. But some believe the downturn is overdone. Energy companies emerged from the pandemic with a wholly different business model, focused on capital discipline and shareholder returns, which analysts say will drive long-term outperformance. “With second quarter earnings season behind us, energy was the clear winner in terms of earnings growth and earnings revisions,” noted Jeff Buchbinder, chief equity strategist for LPL Financial. “Not only did energy generate the most earnings growth by far in the second quarter—and will lead this year as shown in the chart below—but the sector saw the largest upward revision to consensus estimates for 2022 and 2023 among all S & P sectors,” he added. Looking forward Wall Street has a basket of names within the S & P 500 energy sector that it believes should be at the top of investors’ buy list. Topping the list is Schlumberger , with more than 80% of Wall Street analysts holding a buy rating on the stock. Shares of the oilfield services company have jumped more than 30% this year, but the stock is still in bear market territory, with shares down 21% since the recent high on June 8. Fellow services company Baker Hughes is also a top pick across Wall Street, with 72% of firms rating the stock at a buy. Marathon Petroleum and Diamondback Energy are two other top picks, with more than 70% of analysts rating each company at a buy.

Credit Suisse A ‘Buy For The Brave’ With Significant Risk, Says Citi

Credit Suisse A ‘Buy For The Brave’ With Significant Risk, Says Citi