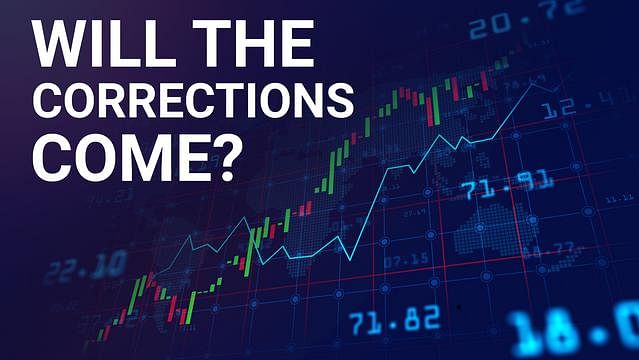 The Nifty has recovered, in percentage terms, nearly all of its losses sustained from the peak of March till the lows of June. It is currently trading at one standard deviation above average at circa 21x amid the other accompanying demons of geopolitical stress, low global growth, snarled supply chains and higher energy prices. In light of this, when the big ‘Fed Call’ is firmly in place, is there a case for justifiable reversals to happen? I would think so. A bunch of smart money managers and advisors too, think so. As seen on the Talking Point show last week, Andrew Holland, the chief investment officer of Avendus Alternate Strategies believes that a 5% to 7% correction at the minimum is a given. That means he would be comfortable putting money to work at 16,000 levels on the Nifty. On Aug. 8, BofA Securities’ Amish Shah reduced the year-end Nifty target to 15,600, saying that the correction in the 50-share benchmark will be driven by volatile environmental pressure and looming global recession concerns.

Indian markets have been ranked outperformers this year, and some would argue that there are reasons aplenty. Apart from being the beneficiaries of alternate supply chains, India’s own moves on the global stage have been path-breaking. The India-UAE CEPA came into effect on May 1, while the India-Australia ECTA (interim trade pact) was signed into force on April 2. Meanwhile, India-UK FTA negotiations completed a fifth round in July and are targeting an FTA by the end of October. Finally, the EU has sought to reach a trade deal with India by 2024. The ferocious selling by foreign institutional investors and the not so dramatic correction in Indian markets point to the depth of the selling the market can absorb. This is crucial from a global investor’s perspective. The higher forex reserves as well as the promise of growth in a growth-starved world are all positives.

But everything is good at a particular valuation, and bears would argue that such premium multiples are acceptable in a near-goldilocks scenario, and not otherwise. It would be interesting to see how the cookie crumbles in the near term. Would this be a short-lived dip that gets bought into, or could this morph into a slightly more deep correction? Considering that markets ran up on the premise that the Fed would be dovish as inflation pulled back in the second half of 2022, the chances of this corrective move being deeper are higher. And if the second quarter results in India due in October show weakness, then there is an added reason to be skeptical of that buying coming in. Time will tell, but bracing for impact is a higher probability under the current circumstances. A truncated week notwithstanding, Indian markets may very well follow the world in to the red.