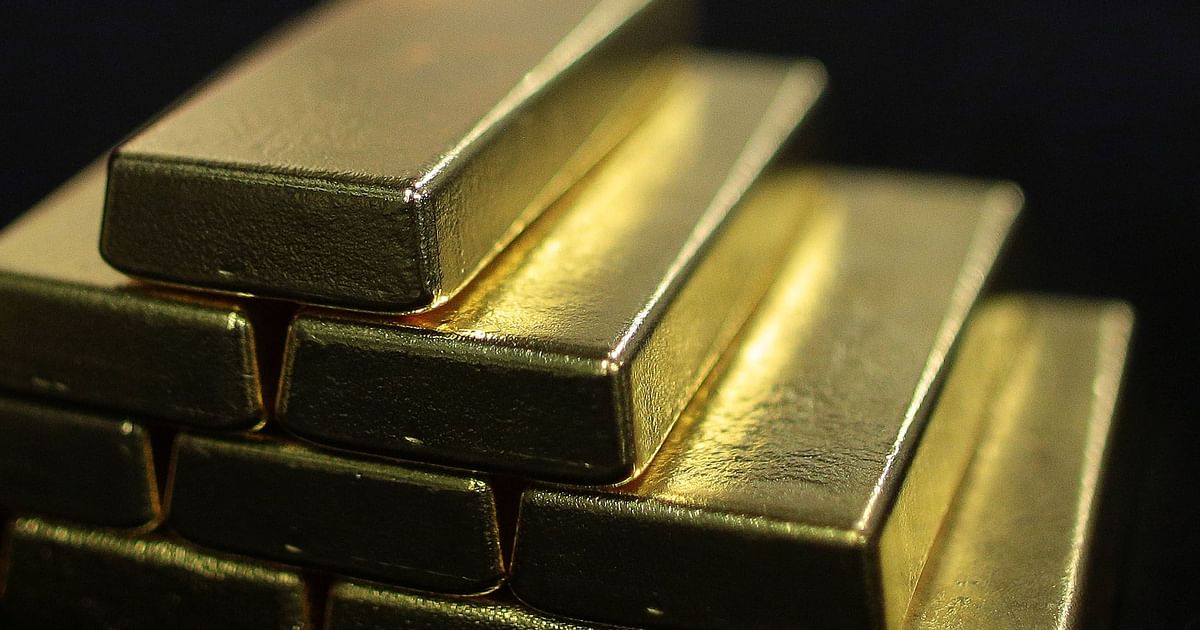 (Bloomberg Opinion) — Gold, according to financial markets lore, is a pretty simple beast.

For all its complexities, at bottom what it likes is a weak dollar, turmoil, and lower interest rates. Falls in the greenback mathematically raise the price of dollar-denominated commodities. Turmoil makes investors head for safe-haven assets, of which gold is by far the most long-standing. Lower rates reduce the appeal of its main competitor as a haven, yield-producing government debt.

That makes the activity of money managers of late rather mystifying. Animal spirits appear to be returning to financial markets, paring back interest rates and dollar strength, while US House Speaker Nancy Pelosi’s visit to Taiwan is threatening to spark the biggest geopolitical crisis since Russia’s invasion of Ukraine. Gold itself has risen 3.9% over the past three weeks, its best run since the eve of Moscow’s war in February — behaving much as you’d expect.

The funds aren’t buying it. In data going back to 2006, money managers have almost always had a net long position in Chicago-traded gold futures and options, with more of them betting prices will rise than fall. In just 37 weeks out of 841 has the group been counting on gold weakness — but that’s what’s been happening in recent weeks. As of July 26, their net positioning was short by 10,474 contracts, before bouncing back to a narrow long of 27,899 contracts last Tuesday. Net short positions have only cropped up on a handful of occasions toward the end of 2015 and 2018 (and, very briefly, at the start of 2016 and 2019):

One possible explanation could be that more and more of the gambling money in gold markets is headed into private hands. There’s another group of investors from whom the US Commodity Futures Trading Commission collects data, known as “other reportables.” Like money managers, they’re making macro bets on gold rather than in the physical metal business or trading the spreads between bid and ask prices.

Unlike them, they’re wagering their own money, as family offices, in-house hedge funds, or affluent private clients. They’re almost always on the long side of the trade, and in the past two years they’ve risen to take on a larger share of long positions than conventional managed money funds:

That doesn’t quite explain it, though. While “other reportables” remain long, they too have wound back their net positions close to their least bullish levels since early 2020.

Holdings by exchange-traded funds have been moving in the same direction. The mountain of gold that ETF investors piled up as a hedge against uncertainty in the wake of the Ukraine invasion has now been eroded almost to nothing:

It’s possible that the gap between investor positioning and price momentum is about the behavior of retail buyers. Jewelry typically accounts for about half of gold demand, and while prices at the moment aren’t especially cheap, with trillions of post-Covid savings sitting on the sidelines and inflation approaching double figures, they’re looking better value every day. Shares in Chow Tai Fook Jewellery Group Ltd., a Hong Kong jeweler with thousands of outlets in mainland China and a decent proxy for spending on trinkets in that country, are currently closing in on their highest levels since November.

Macro hedge fund managers, despite their fat salaries, don’t have anything like a perfect record in predicting the direction of the market. If you’d bought gold and held it for 12 months in October 2018, when their positioning was the shortest on record, you’d have ended up with a 27% return.

Still, the disconnect between high levels of short interest and bullish price action suggests that something has to give. For a year now, the longstanding and robust inverse correlation between gold and US Treasury yields has been breaking down. If that relationship returns to something like normal, we’re going to either see a sharp fall in interest rates, or an equally large drop in the yellow metal.

David Fickling is a Bloomberg Opinion columnist covering energy and commodities. Previously, he worked for Bloomberg News, the Wall Street Journal and the Financial Times.