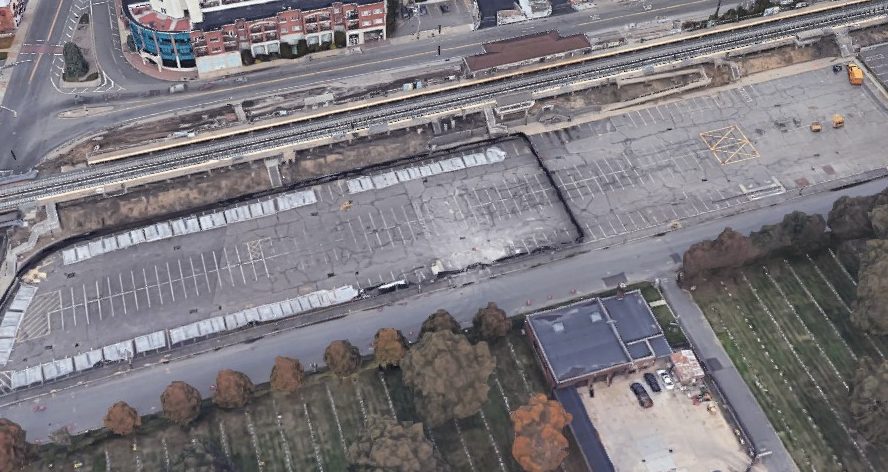 Mill Creek Residential Trust has been chosen by the Metropolitan Transportation Authority to develop a transit-oriented rental project at the Westbury Long Island Rail Road station.

Boca Raton, Fla.-based Mill Creek beat out several other developers, including RXR, the Albanese Organization and L+M Development Partners, that participated in the MTA’s request-for-proposals process to build an apartment complex on the agency’s 1.6-acre surface parking lot on the south side of the Westbury train station on Railroad Avenue.

To accommodate the project, the MTA built a 683-space parking garage on the north side of the Westbury station that was completed in August 2021. The $23 million, three-and-a-half story parking structure was built on village land leased to the MTA as part of its Third Track project, which freed up its south parking lot for development.

Mill Creek will be entering into a 99-year ground lease for the development site, with annual payments starting at $650,000 or $610,000, depending on which project scenario is approved, with 2 percent increases each year, the MTA says.

The Village of Westbury created a new downtown zoning district in Dec. 2019 to allow for more dense development of multifamily and mixed-use projects in a 50-acre area near the LIRR station, and several new developments are already underway.

Upon completion of an environmental review process and adoption by the MTA Board and the LIRR Board, the MTA will finalize agreements with Mill Creek and the developer will then complete the project’s design for the property, according to MTA documents.

But the project will also need to gain approval from the village. The village’s new zoning allows 102 units per acre and caps building heights at five stories, so either of Mill Creek’s plans would need a variance to get approved.

“We are pleased that Mill Creek has been selected by the MTA as the developer for the MTA’s property adjacent to the train station,” Westbury Mayor Peter Cavallaro told LIBN. “Mill Creek has completed a number of very successful projects in the region and is one of the leaders in transit-oriented development on Long Island and beyond.  As we have not yet received any specific information or application from the developer, we can’t comment on any specifics, but we look forward to working with Mill Creek and the MTA on their application when submitted to make sure that a project is crafted that is beneficial to the community and that fits within and achieves the goals and intent of our TOD zone.”

A Mill Creek executive has yet to respond to a request for comment.