Rakesh Jhunjhunwala’s Lessons For A Protégé 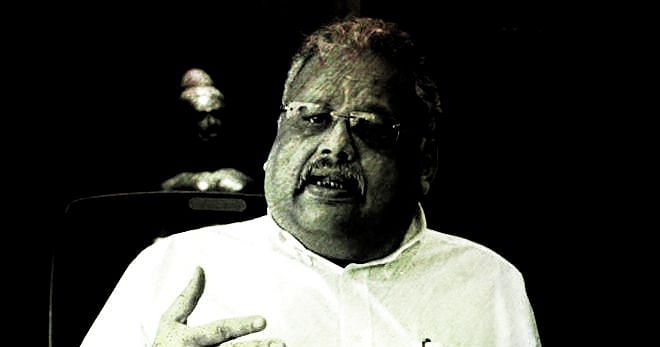 Rakesh Jhunjhunwala, India’s favourite investor, passed away on Aug. 14 at the young age of 62. The world knows him for his wealth, his passion for investing and his wit. I am privileged to share a side of him not many knew by virtue of my association at his family office ‘Rare’ between 2006 to 2014 and the mentoring I benefitted from till his last days.

Rakesh “Bhaiya,” as he was affectionately referred to, was perhaps the strongest believer in the India growth story that I have known.

His reasoning was India’s democratic roots and consensus-based approach meant growth would be more long-lasting and gain momentum with reforms. Like Virender Sehwag’s approach to batting, decision-making was uncomplicated.

If the opportunity presented itself, he acted without worrying about the prevailing macro. You focused on decadal trends and cash flow rather than accounting profits.

But many great investors and pretenders use the same approach. So, what made him stand out? He was a fiercely independent thinker, deeply curious and not afraid to be contrarian. He dreamt big and was not afraid to be wrong. In a world that prizes instant gratification, his investment horizon could span decades and hence “compounding was not interrupted.”

As an example, Titan was held for almost 2 decades before some shares were sold with over 25% markdowns accepted with equanimity once every 15 months.

He was constantly evolving and pushing boundaries. An unknown facet is Rare’s evolution from minority investors to co-promoters of businesses. IKS Health was co-promoted with Sachin Gupta in 2007 to tap the enormous opportunity in U.S. Healthcare. Akasa Air and Syska are other recent examples.

As a boss, one always knew where you stood with him. Verbal updates and short memos were preferred. Attention to detail, especially cash flow was critical. Investments were not overthought – “make investments an act of wisdom, not one of knowledge.” “Risks can never be eliminated.” Hence the team needed to be comfortable embracing risk while he owned complete responsibility for all investment decisions. There were some investments I was involved with which went south. When I expressed regret, he remarked the buck stopped with him. The emotional security of not being judged on outcomes, but on effort and process meant that the senior members of the Rare team (Utpal Sheth, Amit Goela, Rajiv Agarwal, Ushma Sule) have been together for over a decade and are making bigger and bolder commitments.

He believed deeply in Karma and the invisible hand of God. There were no grudges held against promoters in whose companies’ money was lost. “You learn and move on.” Friends like Mr Radhakishan Damani were respected like mentors. The Rare team was family, and family always came first. Having lost his father a few months before my father’s terminal illness was identified, he empathised with my family’s pain and helplessness. He was very generous in giving me time off. During the last four months of my father’s life, I spent three months working from Delhi. Certain debts can never be repaid.

The R Jhunjhunwala Foundation was set up to honour his father’s wishes for him to give back to society. “I have no interest in your wealth. I only want to know how much taxes you have paid and how much charity you have done.” The tendency to think big and transformational is reflected in the work of the Foundation which at present invests around Rs 100 crore a year in philanthropic initiatives and is backing iconic organisations like the Agastya Foundation and Ashoka University, amongst others. In 2007, Agastya approached the Foundation requesting a grant of Rs 10 crore to take science education to 6 million underprivileged children over the next five years. The Rare team got involved and a bolder plan was prepared to result in a Rs 50 crore commitment over 10 years with more aggressive outreach targets.

I moved on from Rare to set up Solidarity in 2014. I felt the urge to build an organisation and have complete independence on my time. His big brotherly protective instincts came into play. He was supportive of an entrepreneurial dream but worried that asset management was a tough business to scale, very-competitive and unsure if I was ready. He suggested I use the Rare office to keep expenses down till I reached a meaningful scale, and that I continue as a part-time consultant with Rare while I built the Solidarity franchise. Having predictable cash flow for the first three years meant one could focus on investing rather than business development and get the virtuous cycle spinning. One should never underestimate the role of luck and an elder’s blessings in our lives.

Like all of us, Rakesh Bhaiya had his weaknesses. He was short-tempered, and his choice of words was often politically incorrect and could make people uncomfortable in social settings. And he did not give his health sufficient priority. He would be the first to admit these faults. However, as I have grown older, I have become more comfortable with my own weaknesses and become less judgmental. This has helped me better accept others’ humanness. We need to accept people as a package.

The virtue signalling on social media insinuating that he prioritised his wealth over his health is saddening. We do not choose the genes we inherit and only modern-day Buddhas without vices should throw a stone.

In conclusion, why was he so loved? In a world of fakes, he was deeply authentic. He gave people hope and had a zest for life. He was generous with his time and money. People respected that he was self-made, he spoke from the heart in a language they could understand, and they related to his imperfections and humanness.

Rest in peace, my brother. I feel privileged to have crossed paths with you. You will be missed.