Share Buybacks: what are they, and how does it impact investors? 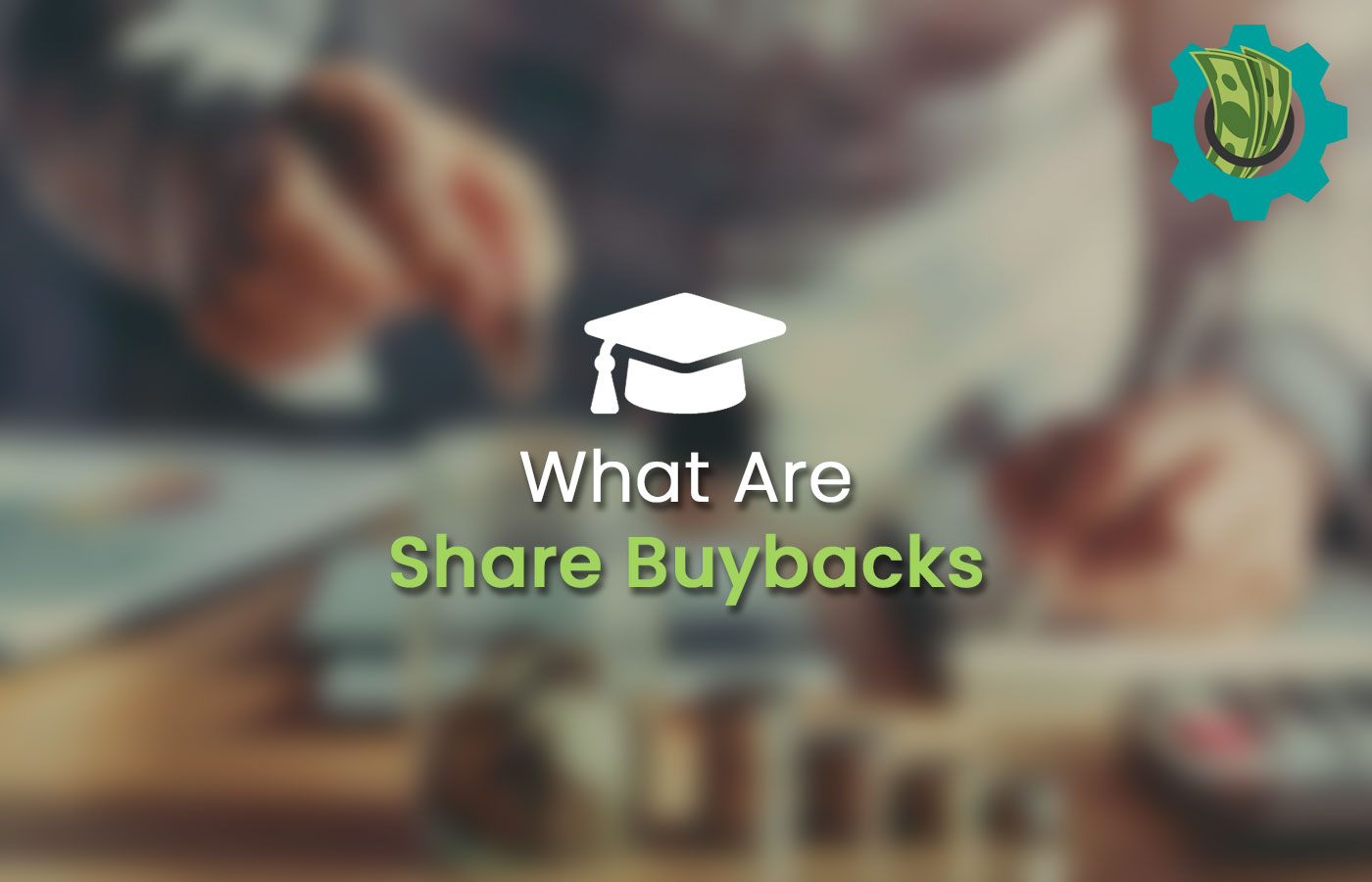 In recent years, share buybacks are taking over dividends in terms of popularity as a method of returning excess capital to shareholders. But what exactly do buybacks do? How do they work, what are the benefits, and are there any disadvantages?

Let’s explore this in detail.

A share buyback, as the name suggests, is when a company decides to buy back its own shares on the stock market. This can either be from the open market or by directly approaching existing shareholders.

The goal is to induce equity concentration. This is the opposite of equity dilution. By reducing the number of outstanding shares, each remaining share on the stock market gains a larger claim on the firm’s earnings. And in turn, it pushes the share price up.

Typically buybacks are executed using capital that a company has no better use for. As such, typically, only larger, more established businesses engage in this practice.

However, there are exceptions. It’s not uncommon for young technology stocks to announce buybacks. But it’s worth noting this is usually in response to mitigating the equity dilution caused by issued shares as part of stock-based compensation for employees.

Is a share buyback a good thing for investors?

While a simple yes or no answer would be nice, it depends very much on the situation. In theory, the reduction in share count is always a positive. It boosts the value of an investor’s position, boosts market confidence, and consolidates voting power which can help eliminate bureaucracy in decision-making by the board of directors.

It also boosts the earnings per share and dividends per share if a firm additionally offers these income payments. As such, a buyback is usually a good thing for shareholders. However, there are times when a share repurchase can cause more harm than good.

It’s critical to remember that, much like dividends, a stock buyback should only be executed using capital a company has no better use for. Seeing a firm struggling financially and then announcing in a press release a new share buyback programme can be a warning sign.

Furthermore, suppose a company is executing share buybacks when the stock price is significantly higher than its intrinsic value. In that case, that is akin to setting money on fire.

In extreme cases, repurchasing too many shares can also reduce market liquidity. Consequently, it becomes harder, and therefore more expensive, to buy and sell shares in a business.

An alternative method of returning cash to shareholders popular amongst income investors is dividends. Unlike buybacks, which bake the return of capital into the stock price, a dividend is paid out as cash in hand. Although firms can choose to pay dividends using shares, this is far less common.

By receiving a steady stream of passive income at a fixed interval, dividends can unlock early retirement options for long-term investors. Even more so, for those that can identify the stocks that have a high degree of cash flow reliability.

However, there is one major disadvantage – tax. In the United Kingdom, unless an investor is using a tax-efficient account like a Stocks and Shares ISA, income received from any dividend payment is subject to tax.

In contrast, the gains received through a share buyback are locked into a stock price. Therefore the tax man can’t come knocking until after the position is closed. In other words, buybacks are more tax efficient. That’s why many consider it to be a superior method of returning capital.

Can the company force me to sell my shares?

Suppose a company decides to buy back its stock from existing shareholders. In that case, investors may receive a letter (or a message on their broker’s trading platform) with an offer. The offer is entirely optional, and no company can force an investor to sell their shares if they don’t want to.

The only exception to this is if a business is being acquired. In this instance, if the acquisition is approved, shareholders are forced to sell, usually receiving cash, shares in the acquiring company, or both. But it’s worth noting that investors who own voting shares can vote against the acquisition if they believe the business is better served to remain independent.

A share repurchase is a tax-efficient method of rewarding loyal investors with surplus cash. And for a management team that fully understands its business can create significant value.

However, if misused, these transactions can end up causing severe financial harm that may compromise long-term potential. Personally, I only like to see free cash flow generative businesses with plenty of liquidity engage in share buybacks.

If a business that’s facing operational disruptions, has limited cash and has plenty of outstanding financial obligations decides to start buying back stock, then I tend to steer clear.

Home » News » Education » Share Buybacks: what are they, and how does it impact investors?