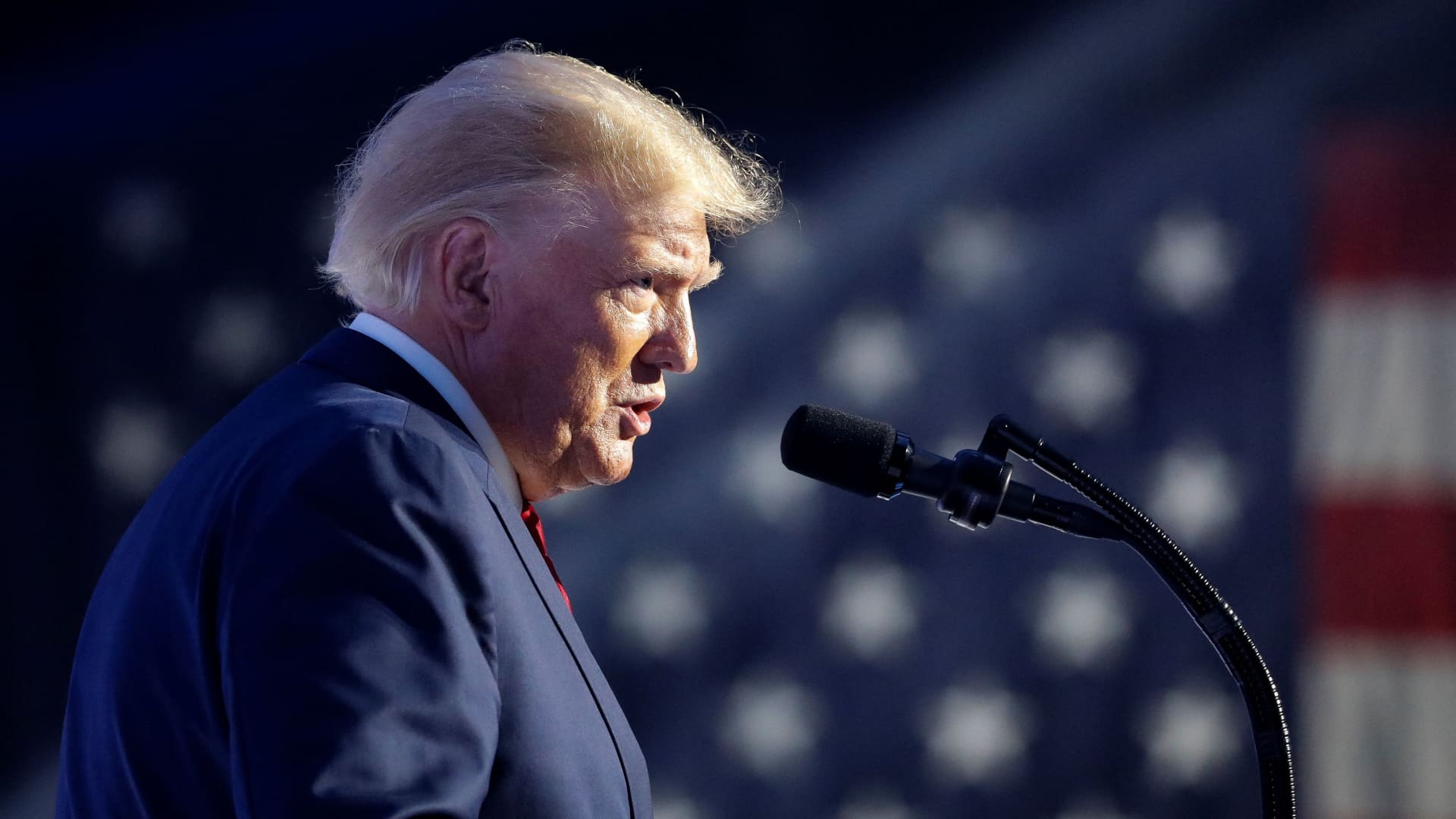 Former President Donald Trump on Monday filed a lawsuit asking a federal judge to appoint a special watchdog to review documents seized from his Florida home earlier this month as part of a criminal investigation of records that had been removed from the White House.

Trump’s lawsuit, which suggests the FBI raid on Aug. 8 was politically motivated, also asks the judge to block the Department of Justice from “further review of seized materials” from his Mar-a-Lago residence until the so-called special master is appointed to review those documents.

Special masters are appointed in criminal cases when there is a concern that some material seized by authorities should not be viewed by investigators because it is protected by attorney-client privilege or other concerns that weigh against it being used in a prosecution.

In addition to seeking a special master, Trump’s suit asks that the DOJ be required to provide him with a more detailed inventory of property seized at the Palm Beach resort, and that the federal government return any seized item that was not within the scope of the search warrant authorizing the raid.

Trump’s suit accuses the federal government of violating his Fourth Amendment rights against unreasonable searches and seizures with the raid, which is believed to be the first time the home of a former president was searched in connection with a criminal case.

The lawsuit filed in U.S. District Court for the Southern District of Florida comes as a federal magistrate judge in that same court is considering arguments by media organizations to unseal the FBI affidavit that argued for the need for a search warrant.

That warrant indicated that authorities are investigating potential violations of laws related to espionage and obstruction of justice. Multiple sets of documents marked top secret were seized in the raid, according to court documents.

Trump’s lawsuit called the raid “a shockingly aggressive move” by about two dozen FBI agents, which was done “with no understanding of the distress that it would cause most Americans.”

“Law enforcement is a shield that protects Americans. It cannot be used as a weapon for political purposes,” says the complaint.

“Therefore, we seek judicial assistance in the aftermath of an unprecedented and unnecessary raid on President Trump’s home at Mar-a-Lago.”

The suit says that Trump “is the clear frontrunner” in both the 2024 Republican presidential primary and general election, “should he decide to run.”

“Politics cannot be allowed to impact the administration of justice,” the suit says.

It also says that the government told Trump’s counsel that “privileged and/or potentially privileged documents” were among the items seized.

But the government to date has “refused to provide any information regarding the nature of these documents,” the complaint says.

The suit argues that there was no reason for the FBI to raid Trump’s home because he was cooperating with the authorities who were looking to retrieve the records from the residence.

After 15 boxes of records were retrieved from Mar-a-Lago earlier this year, Trump’s lawyers communicated with authorities from the White House, National Archives and Justice Department regarding documents that were allegedly “protected by executive privilege,” the suit says.

In May, according to the complaint, Trump “voluntarily” accepted a grand jury subpoena for his office’s record-keeper, seeking documents with classified markings.

Trump decided to conduct a search for responsive records, and he then “invited the FBI to come to Mar-a-Lago” to retrieve them, the complaint said.

On June 3, top DOJ counterintelligence official Jay Bratt came to Mar-a-Lago with three other agents, and Trump “greeted them in the dining room,” the suit said.

Trump then left the agents with Trump’s record-keeper and counsel, adding, “Whatever you need, just let us know,” according to the complaint.

“Once back in the dining room, one of the FBI agents said, ‘Thank you. You did not need to show us the storage room, but we appreciate it. Now it all makes sense,’ ” according to the suit.

“Counsel for President Trump then closed the interaction and advised the Government officials that they should contact him with any further needs on the matter.”

This is breaking news. Please check back for updates.